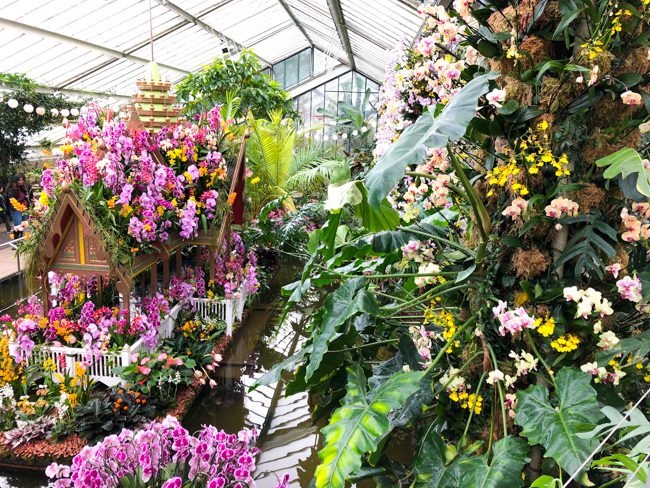 Kew Gardens, located in south-west London, is an UNESCO World Heritage site and has one of the most diverse collections of living plants of any botanic garden in the world. For 25 years, Kew Gardens has put on an Orchid Festival during February and March, featuring stunning, vibrant horticultural displays that showcase a different country’s unique wildlife and plant diversity each year. 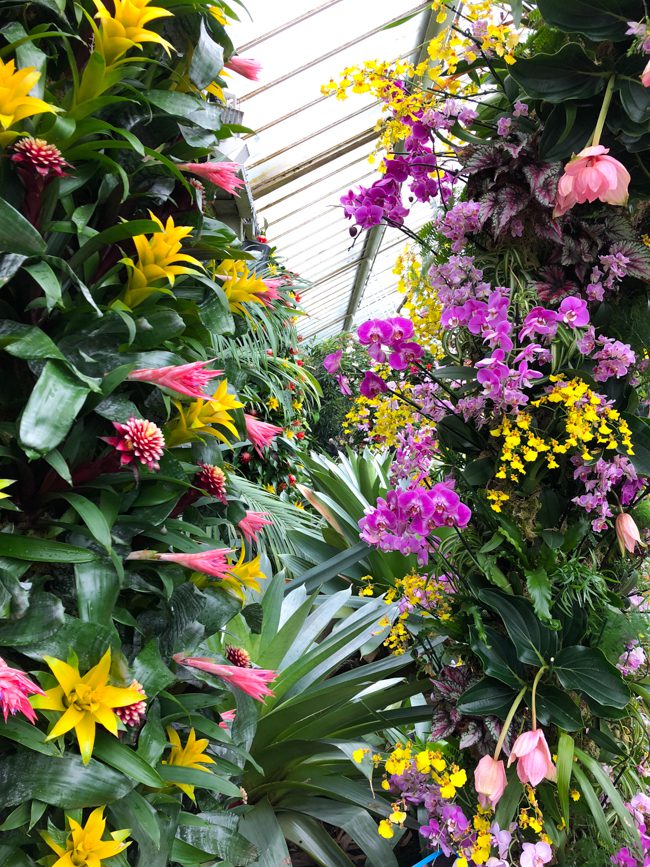 With around 26,000 species, the orchid family (Orchidaceae) is one of the two largest and most diverse groups of flowering plants. Orchids live on every continent, except Antarctica, and grow in almost every type of habitat, from coastal tropics to alpine meadows.

Due to the Covid-19 pandemic, this year’s event has been postponed until 2022. The 26th Orchid Festival will be celebrating the incredible biodiversity of Costa Rica, which is home to 5% of the world’s flora and fauna species. The event will also highlight the country’s diverse landscape, from the eastern coastline that looks out onto the Caribbean Sea, to the western shores along the Pacific Ocean. 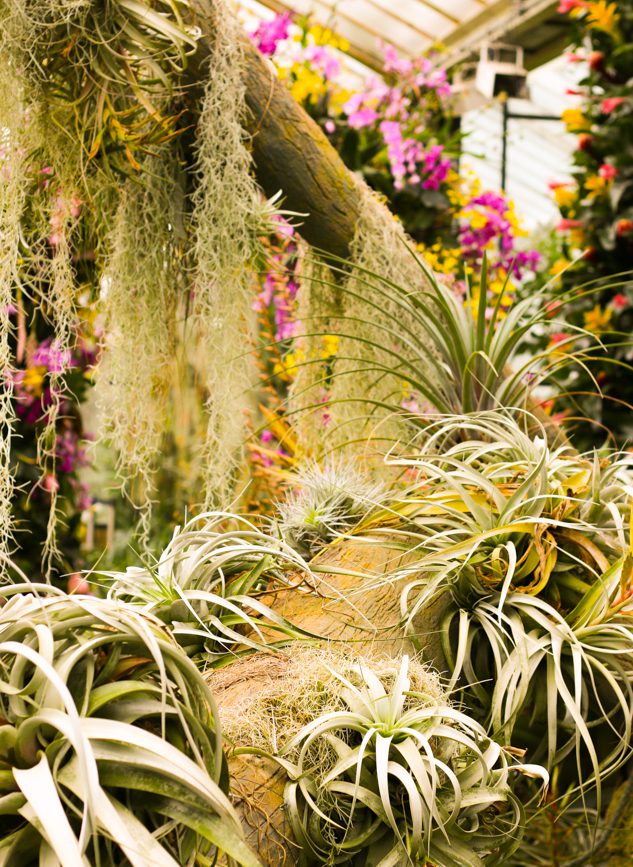 We look forward to seeing the bright and colourful displays inspired by Costa Rica in next year’s Orchid Festival at Kew Gardens. In the meantime, here’s a look back at previous festivals that paid homage to the biodiversity of Thailand (2018), Colombia (2019) and Indonesia (2020).

The Orchid Festival takes place in the Princess of Wales Conservatory, which is a glasshouse with 10 different climate zones under one roof. The two major climates taking up the majority of the building are dry tropics and wet tropics. 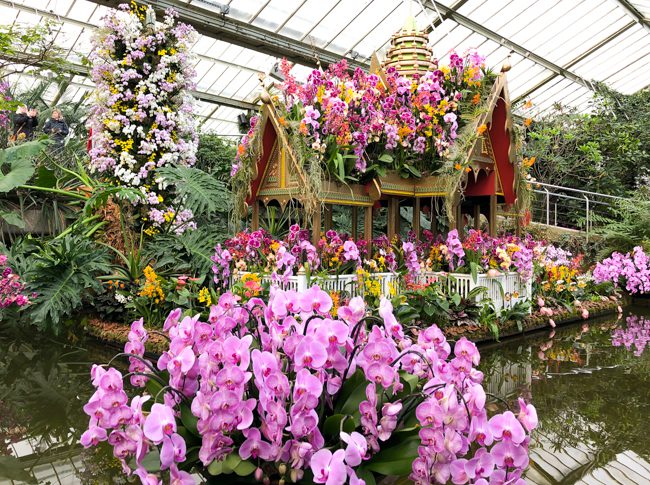 Thailand is home to 1,100 species of orchids. Botanists have been naming and describing orchids for more than 250 years and Kew is a world leader in this field. Many orchids have important medicinal properties as well as being revered globally for their delicate beauty. 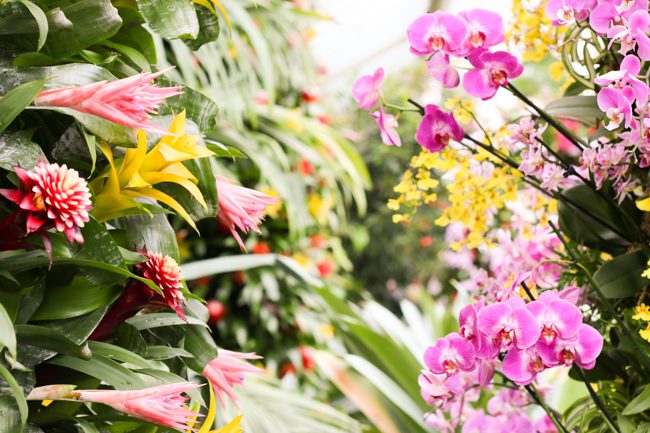 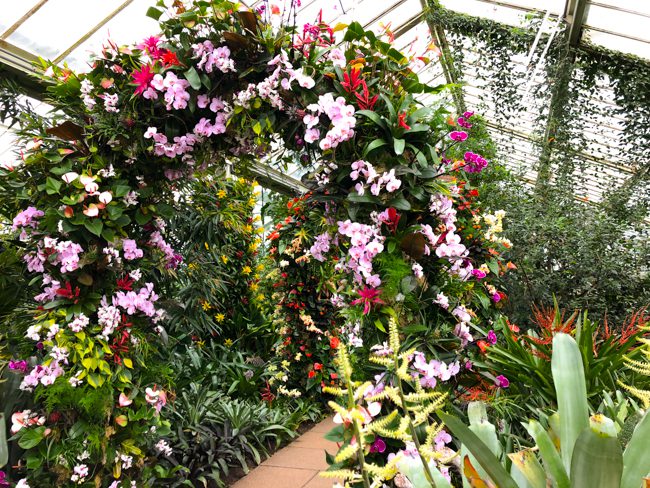 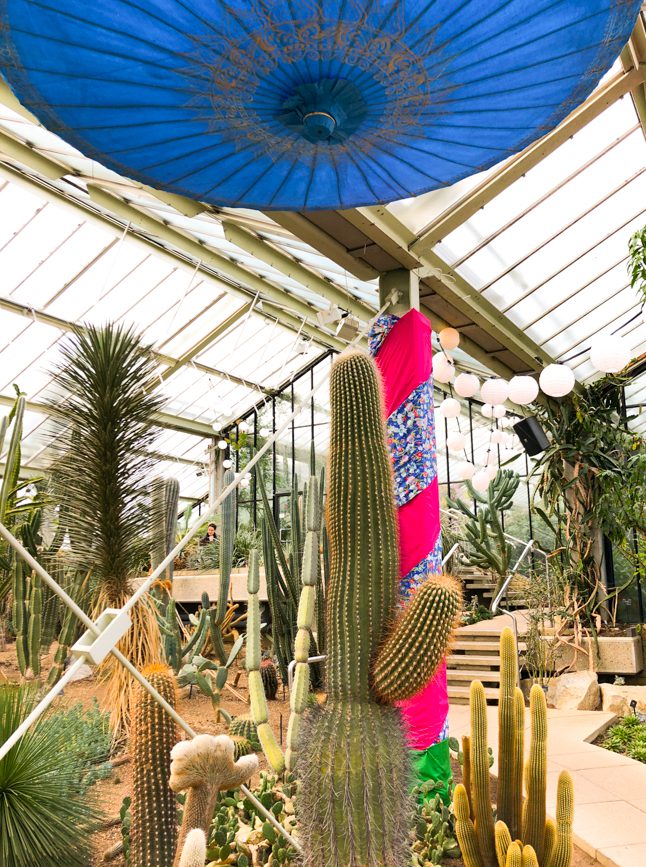 And, in addition to the stunning floral displays and tunnels, there was a giant water dragon constructed from moss… 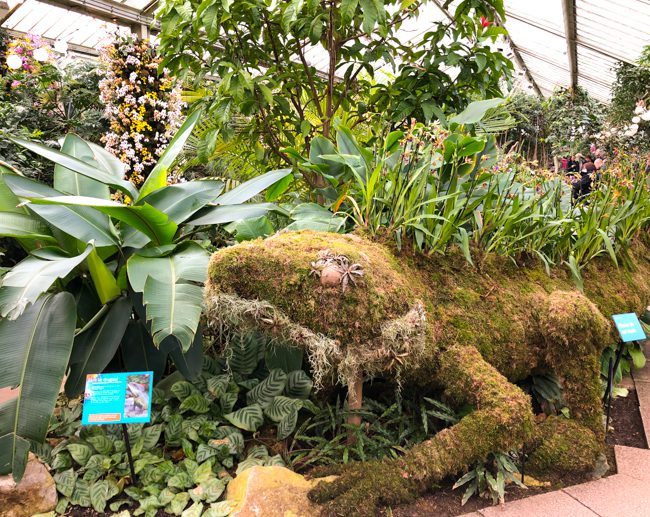 … and a special cart on loan from the Royal Thai Embassy in London. 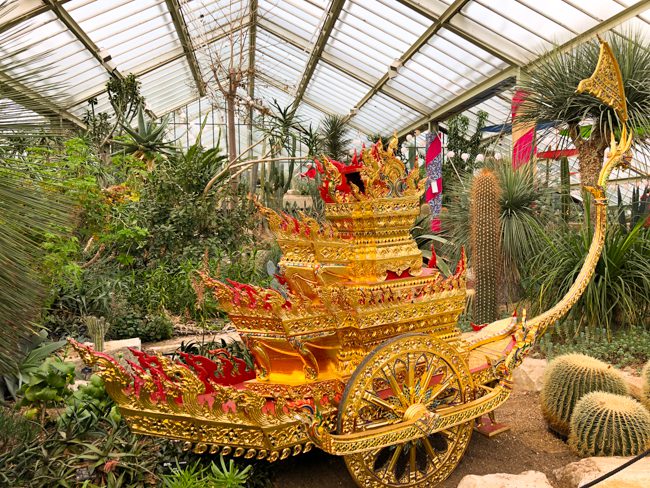 For the 2019 Orchid Festival, Kew Gardens focused on Colombia, a biodiversity hotspot thanks to its geographical location and varied topography and home of more orchid species than any other country – over 4,200 at last count. 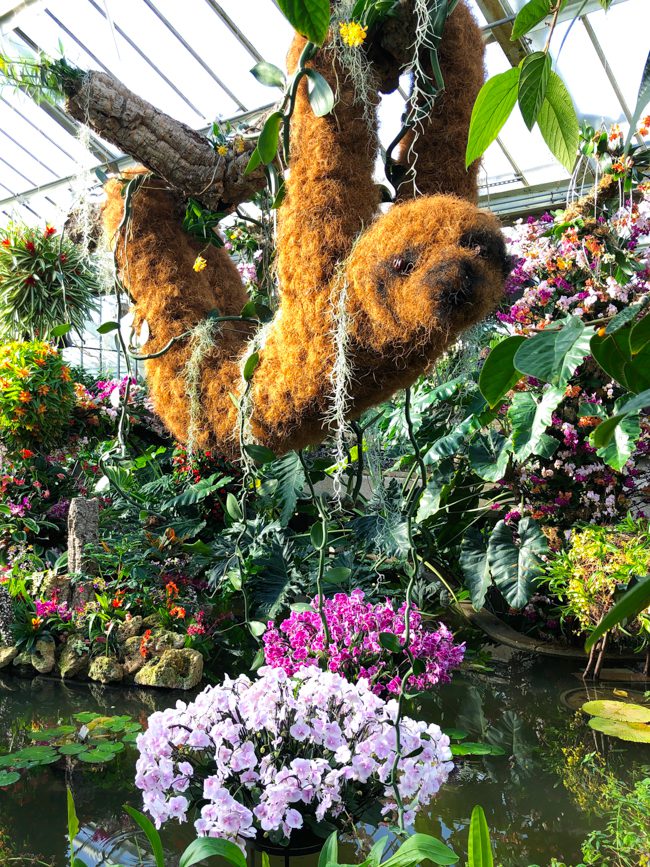 To celebrate Colombia’s wildlife biodiversity, the central display of the festival was a ‘carnival of animals’ depicting a toucan in flight, a hanging sloth and swimming turtle, all composed of stunning orchids, bromeliads and other tropical plants. 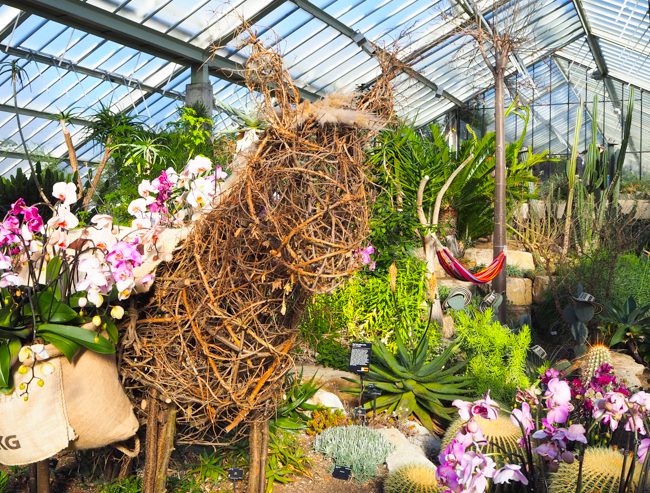 I loved the fun details in the cacti garden! 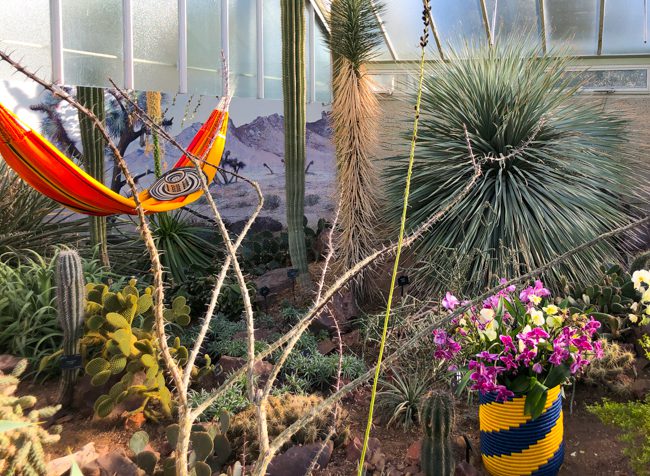 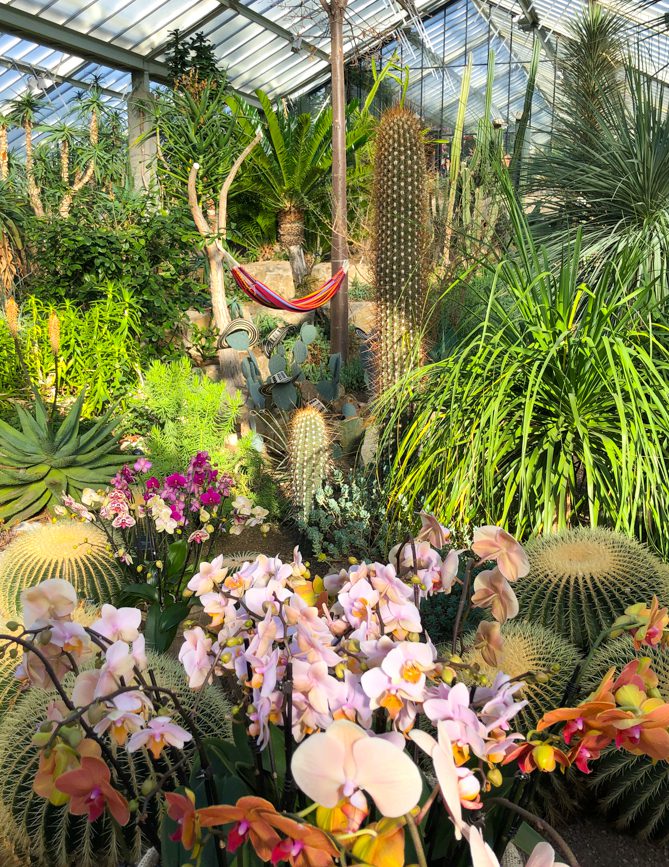 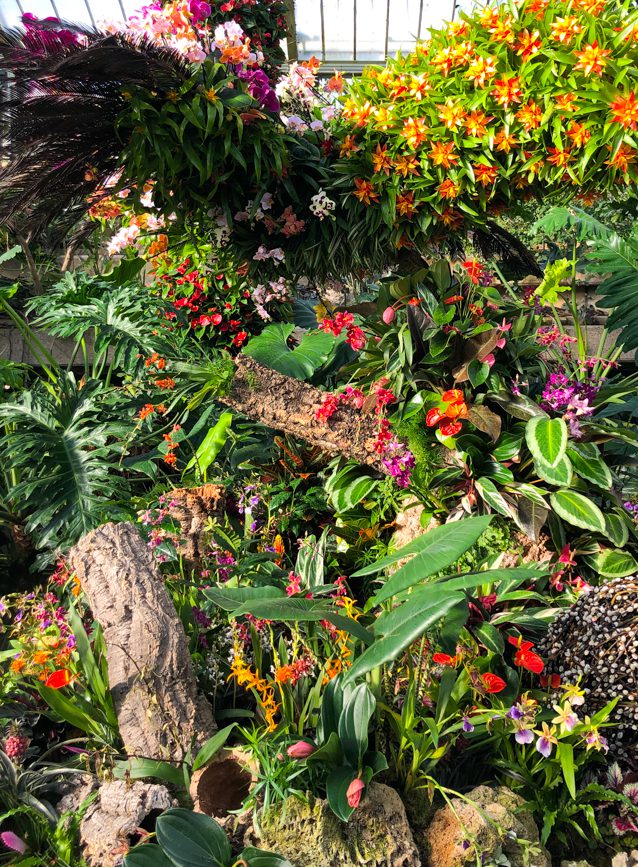 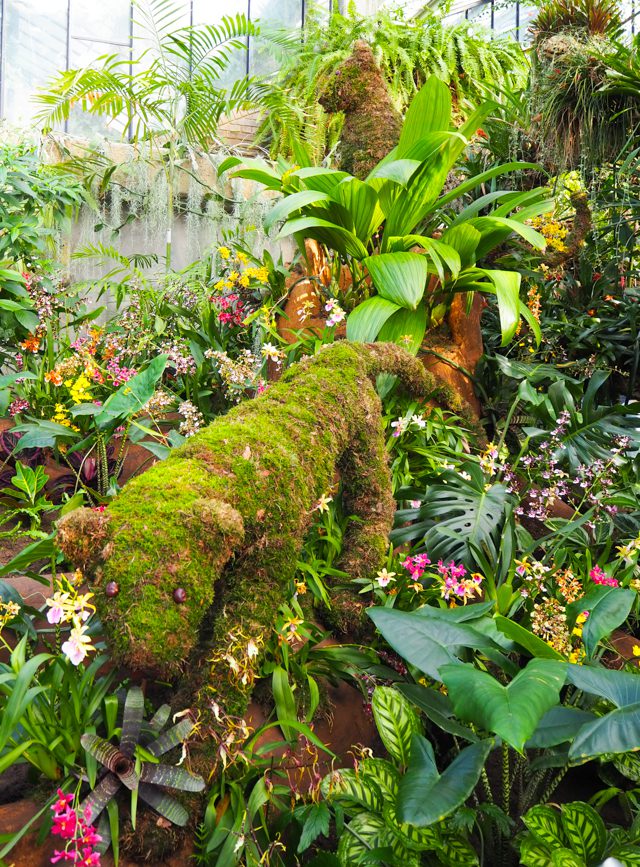 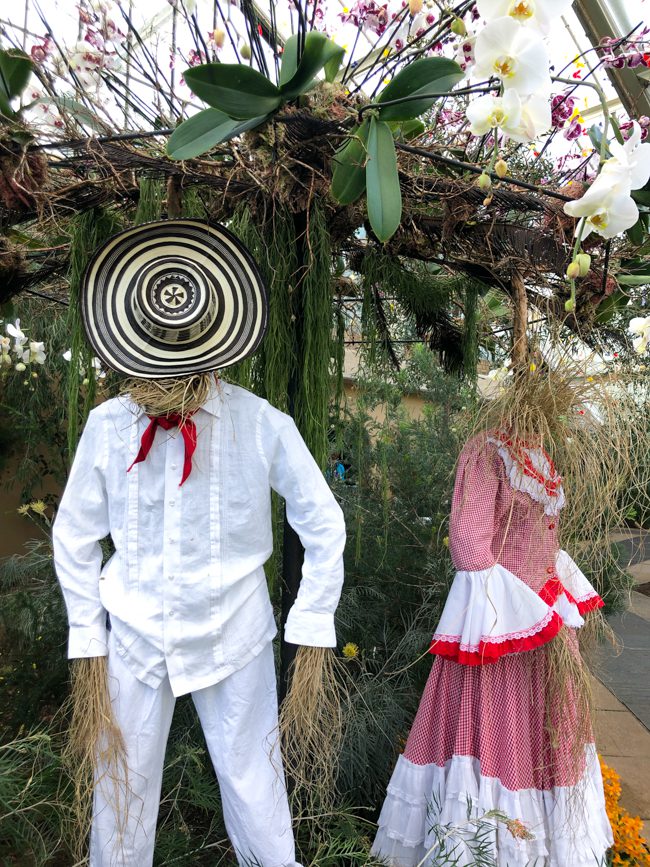 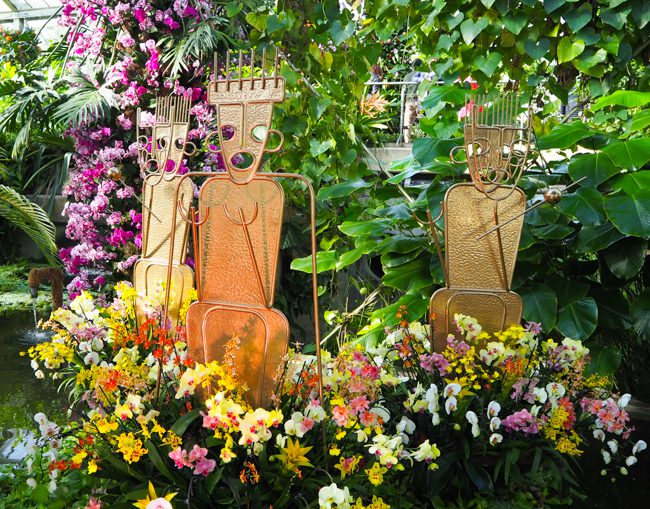 In 2020, Kew Gardens paid homage to Indonesia, with dazzling, colorful displays inspired by the country’s wildlife and plant diversity. The horticultural team created amazing life-sized animals – orangutans, a tiger and a rhinoceros – decorated with hundreds of tropical flowers. 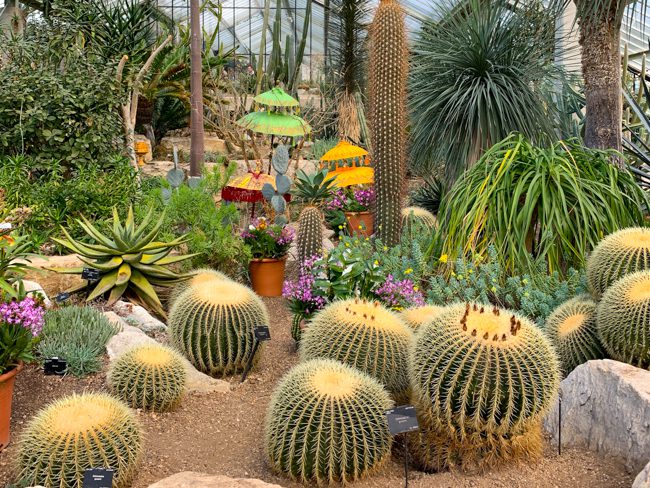 Indonesia’s landscape is as diverse as the flora and fauna that inhabit it, from tropical rainforests to spectacular volcanoes

An erupting volcano created from orchids formed a dramatic central pond display, representing Indonesia’s unique landscape, that includes over 100 active volcanoes across its archipelago of more than 17500 islands. 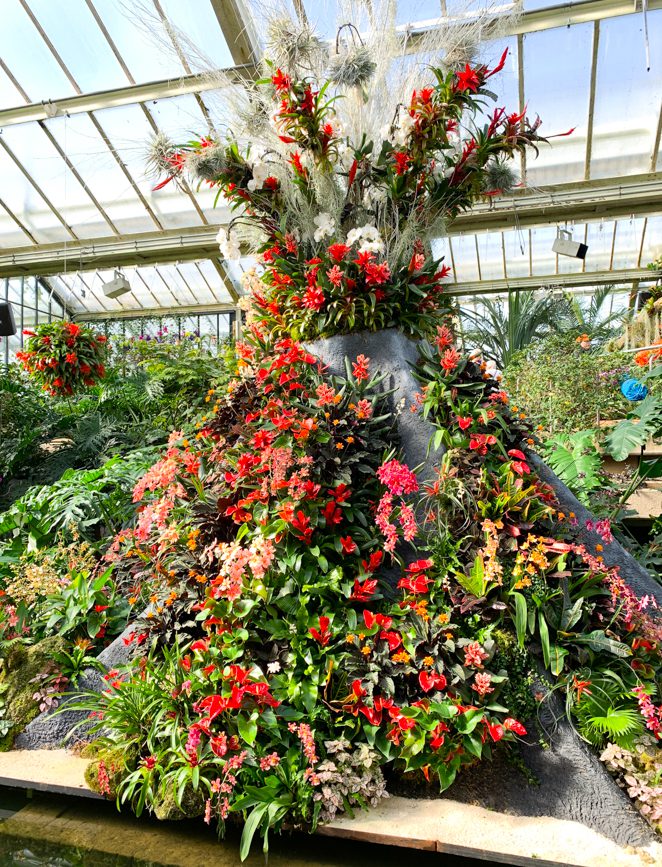 The event also showcased Kew Gardens’ vital science work in Indonesia to protect biodiversity. Indonesia is home to over 4000 species of orchid, as well as a number of other native plants to the region. 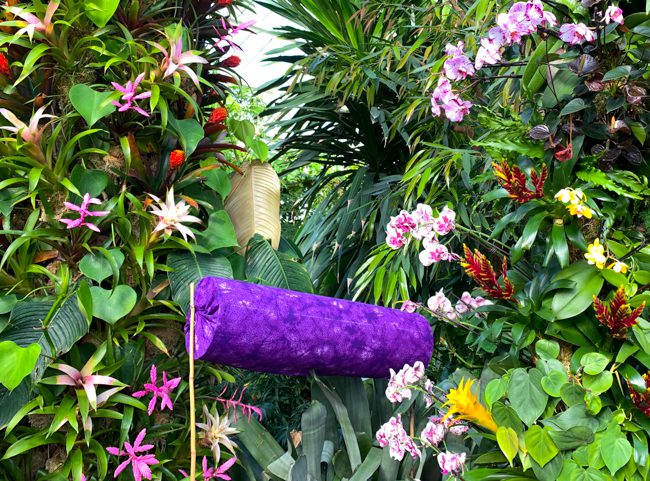 I hope you enjoyed that look back at the previous Kew Gardens Orchid Festivals celebrating the biodiversity of Thailand (2018), Colombia (2019) and Indonesia (2020). You can keep up to date with the latest news on the 2022 Orchid Festival, a journey through a Costa Rican paradise, on the Kew Gardens website. 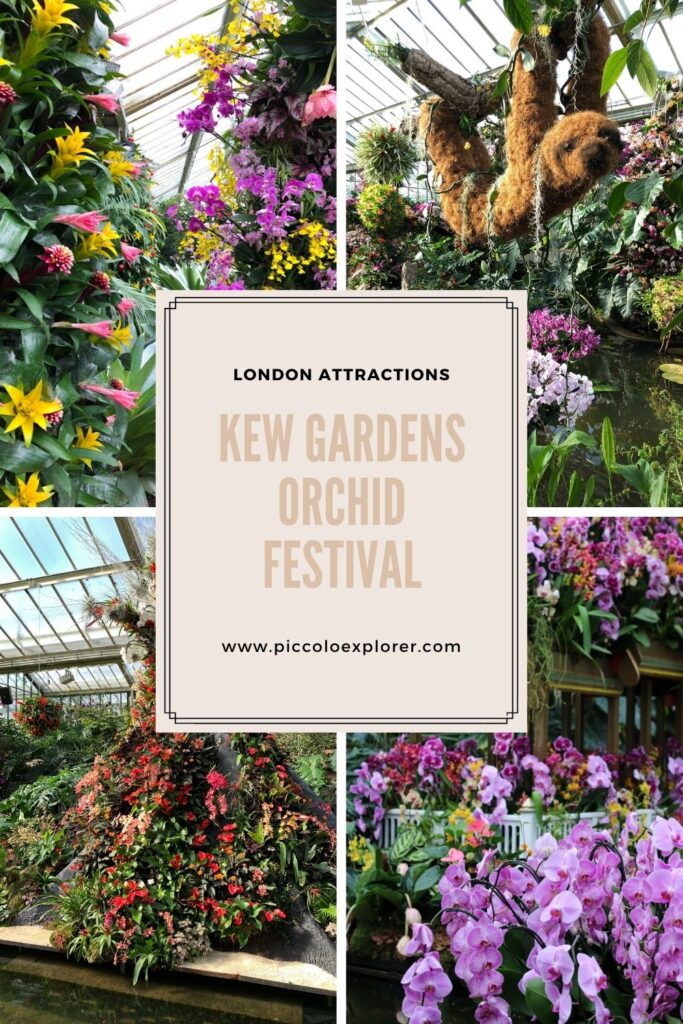 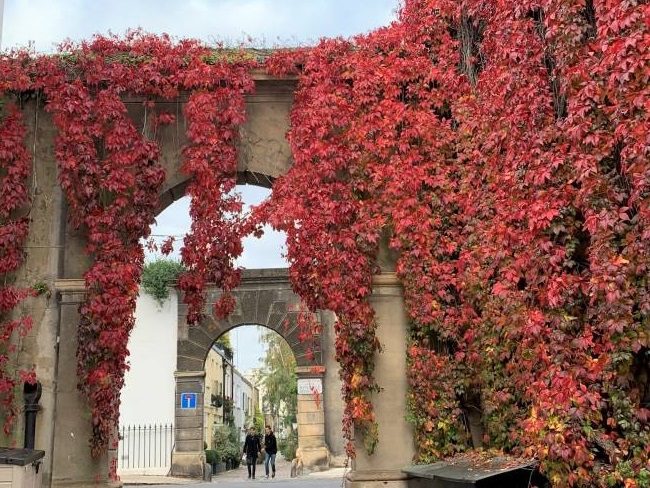 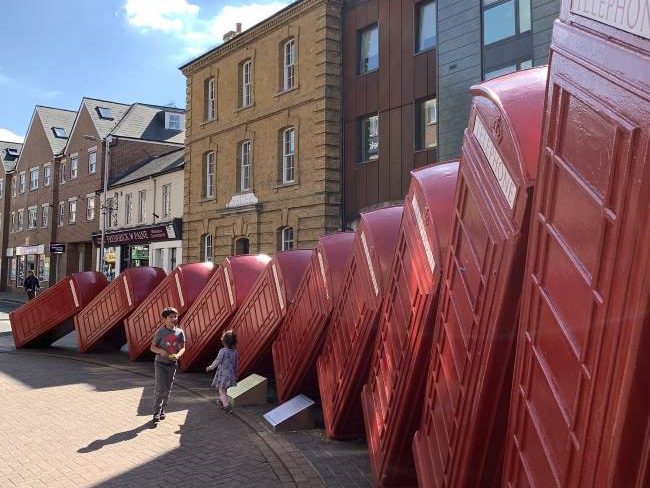 Summer Holidays in London with Kids 2022 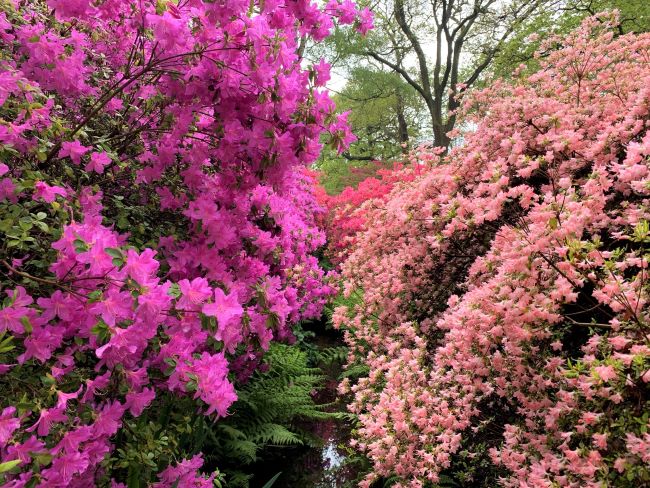