September started off with gorgeous sunny weather, perfect for an impromptu day trip to the British seaside, which is exactly what we did with a visit to Camber Sands. September is also Little T’s birthday month and he loved his first visit to Legoland Windsor for his 3rd birthday – he even managed to enjoy some water park fun on a sort of warm day. During the rest of the month, we visited the Science Museum, picked fruits and vegetables at Garsons Farm and I went on a photo tour in Shoreditch.

Here’s what we were up to around London in September. For more updates, you can find us over on Instagram at @piccoloexplorer.

When the forecast showed high temperatures coming up during the first week of September, I figured it was my last chance to squeeze in a day trip to the seaside, without the summer traffic and crowds. Camber Sands made for a great day by the sea, on a long stretch of sandy beach backed by beautiful grassy dunes. I’ve written more about that day trip on my Camber Sands post. We didn’t escape traffic on the ride home but it was a wonderful day that we both thoroughly enjoyed. 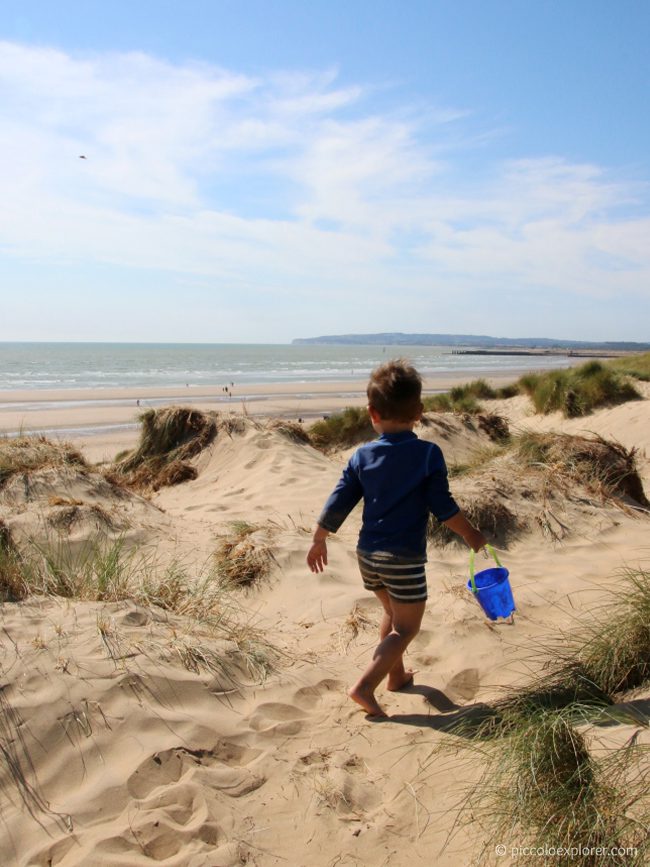 Holland Park is one of my favorite places in London that we visit often. There are several well-designed gardens that are stunning to see year round, including the famous Kyoto Garden, a Japanese garden donated by the Kyoto Chamber of Commerce – plus two great playgrounds, one for toddlers and an adventure one for older children. 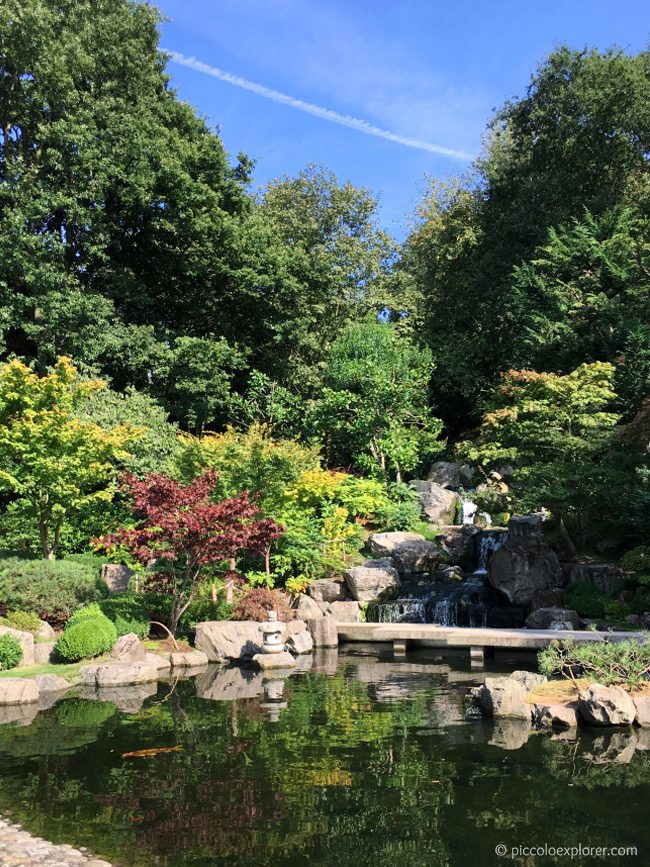 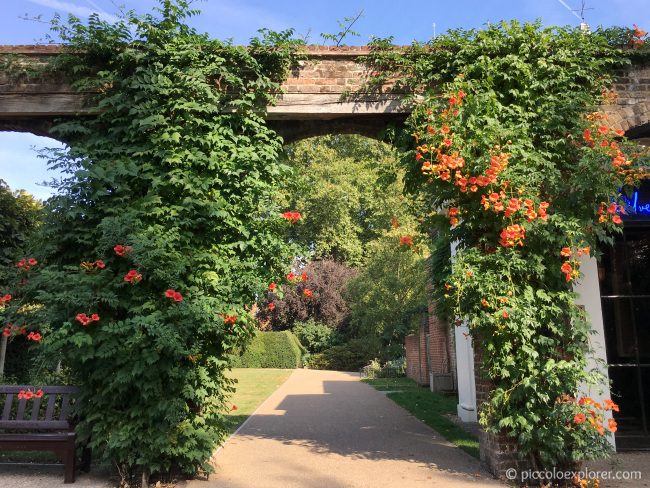 When I asked which museum Little T would like to visit – he responded the one with the rockets! And so to the Science Museum in South Kensington it was, to marvel at the rockets and spacecraft in the Exploring Gallery. We carried on through to the Making the Modern Age gallery, which features iconic items in science and technology from the past 250 years, including the Apollo 10 command module shown below. 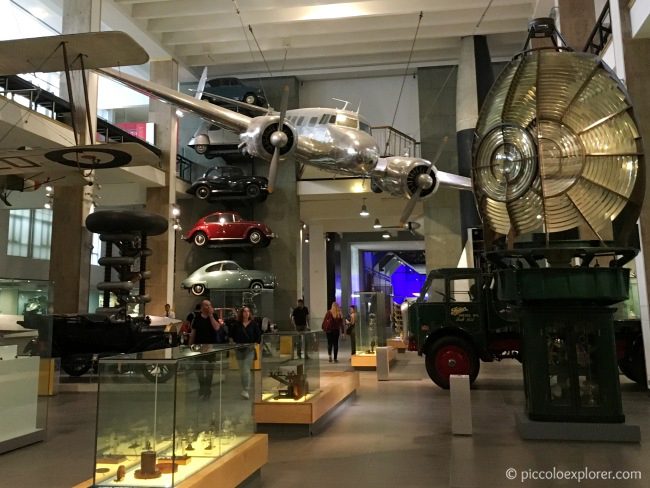 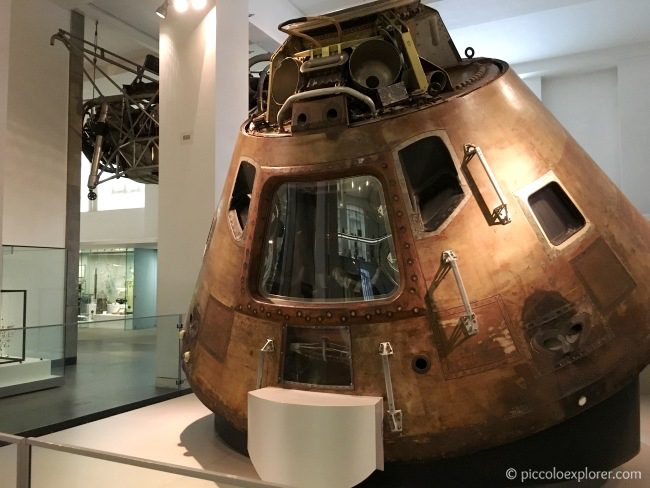 Legoland was packed when we went there on a weekend in late September. There was a traffic jam just to get to the place and we practically inched our way towards the parking lot. Once we were parked, however, there wasn’t a queue at the entrance and we sailed right through showing the tickets I had printed in advance using a 2 for 1 ticket deal from a Kellogg’s cereal box. There was at least a 30 minute ride for most of the rides, but the day really flew by for us just spending time at the great play areas at Castaway Camp, DUPLO Valley and the Splash Safari water park. 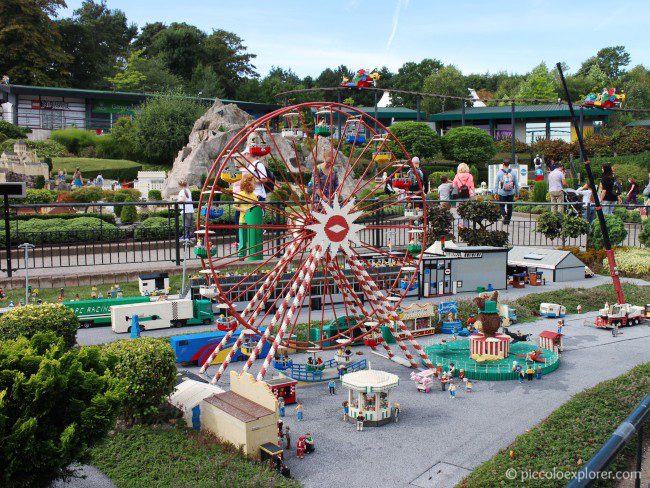 The highlight of the day was bringing Little T to the L-Drivers track. That was the only time we waited in a queue (about 30 minutes) and it was absolutely worth it to see Little T’s face light up when he finally could sit in one of those cars, steering and driving around the track on his own while we looked on. It was so adorable! 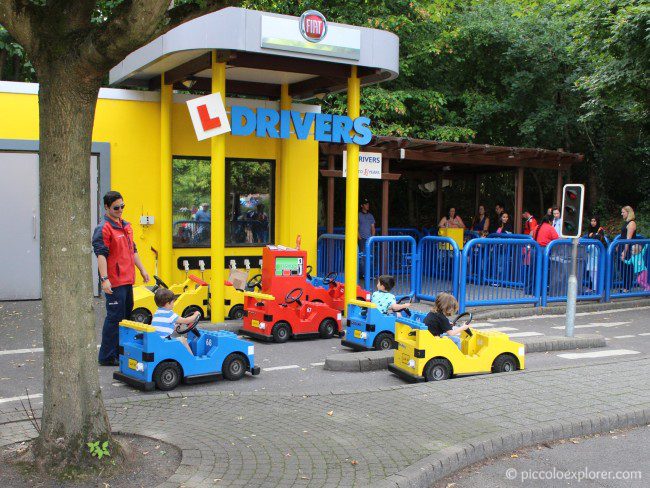 On another gloriously sunny day in early September, we went to Garsons Farm in Surrey to pick fruit, vegetables and a couple of sunflowers at the pick-your-own farm. Our favorite crops to pick that day were the raspberries and plums, which were absolutely delicious. We also picked a few apples and sweetcorn. 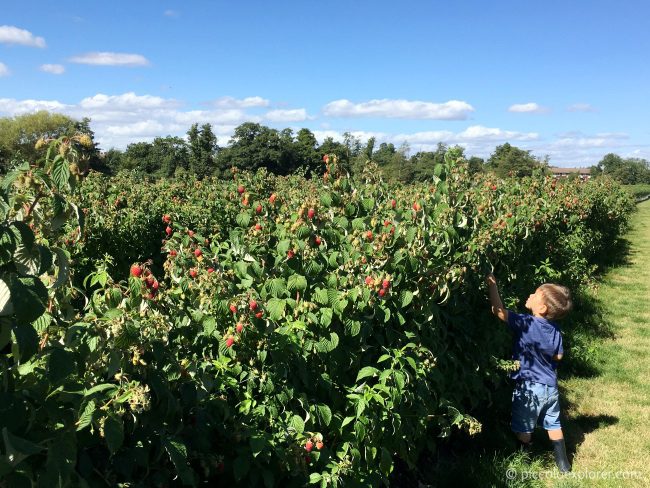 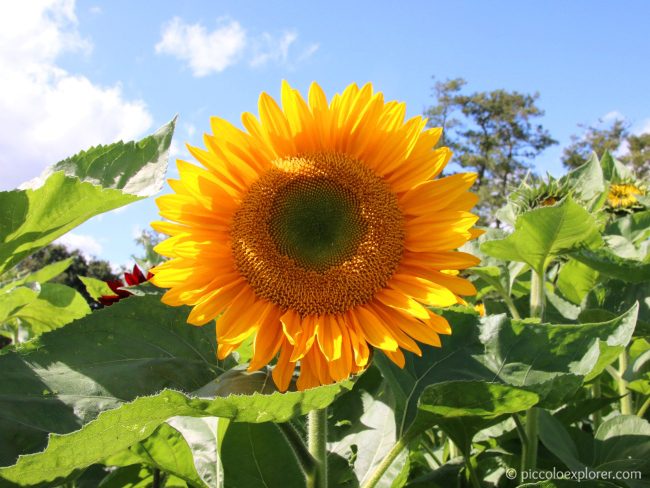 Little T was much more interested in the ladybugs he found on the leaves in the corn field. Overall, a fun day and always a pleasure to visit Garsons Farm and load up on fresh fruit and vegetables. The pumpkin patch opened in October so we would soon be back to pick our pumpkins ahead of Halloween. 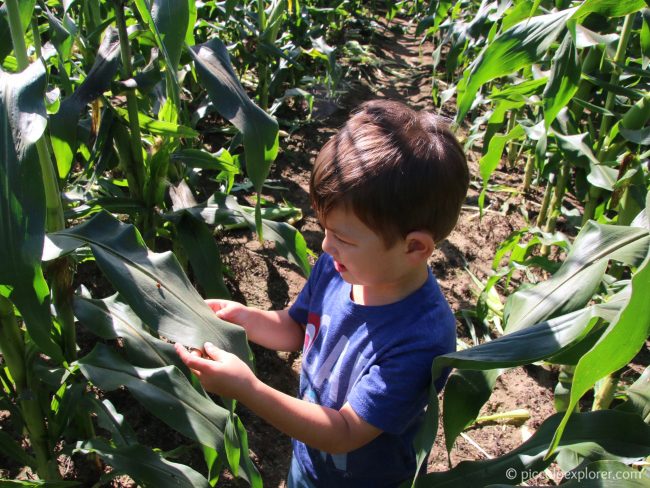 For my birthday, I received a certificate for a photography workshop with London Photo Tours. They have a selection of photography workshops around London to choose from, and I went with the Shoreditch Street Photography tour. It’s a style of photography I’ve been interested in learning more about and since I also don’t often have the chance to visit East London (which takes about an hour from where I live), this was a great opportunity for me to learn something new and do something different. 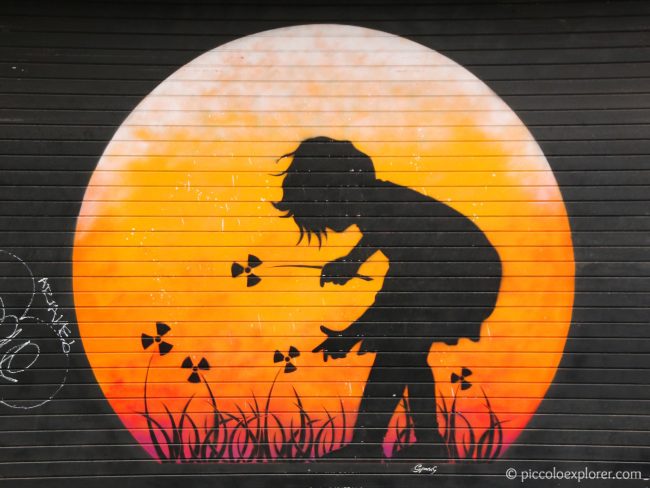 Leah, who is one of the business owners, ran the workshop that day and was very knowledgeable and helpful. We were a group of three students and I thought it was a good size for a workshop to inspire each other with new ideas while still allowing for some one-on-one time with Leah who offered plenty of tips. I learned a lot that day and loved wandering through this vibrant part of London, checking out the stunning street art and lively market scenes. 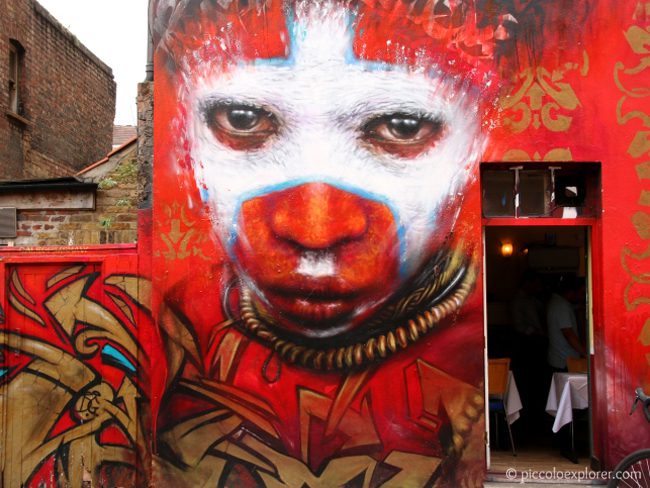 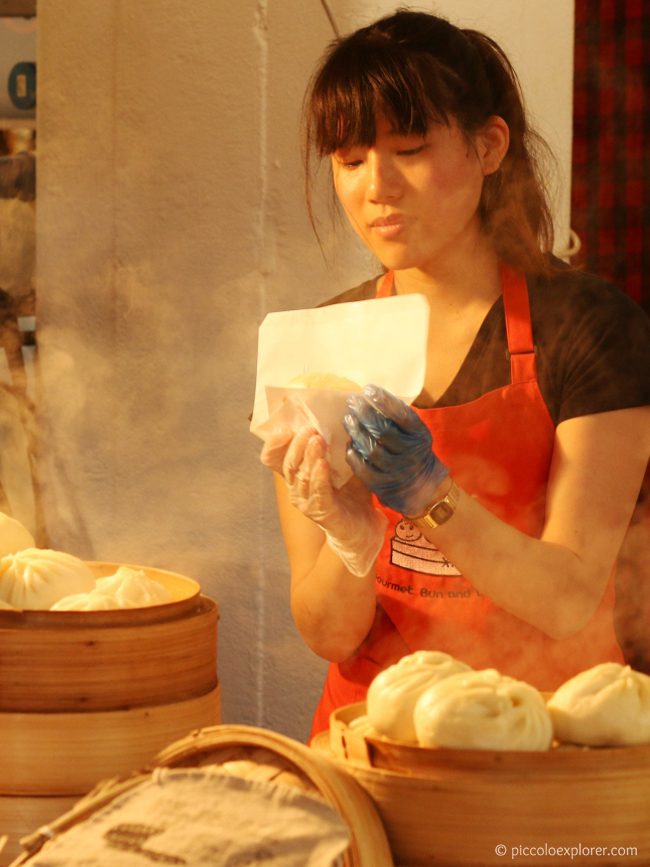 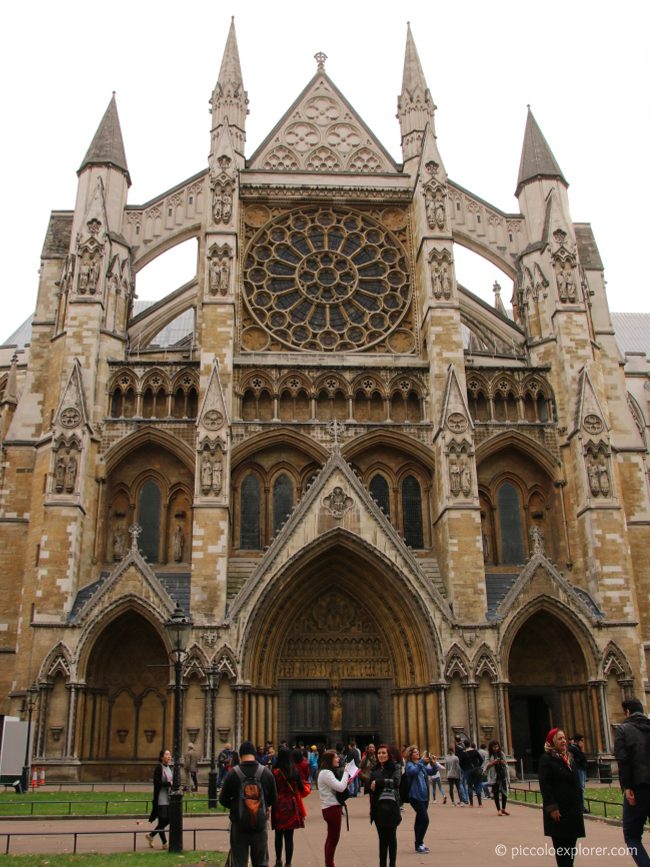 … then across Westminster bridge to the South Bank. It was pouring just an hour before and the sky was still looking pretty gloomy. 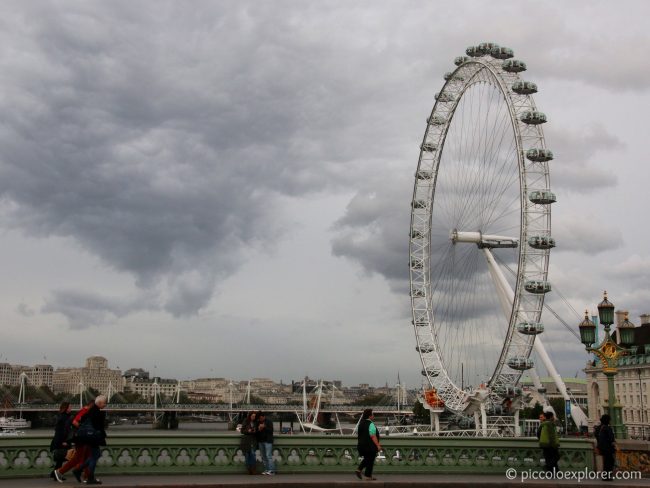 I went down the steps at the end of the bridge (on the right) to get to the pedestrian tunnel for this unique view of Big Ben that I often see on Instagram. I’ve taken many pictures of Big Ben through the years and this is one of my favorite perspectives. 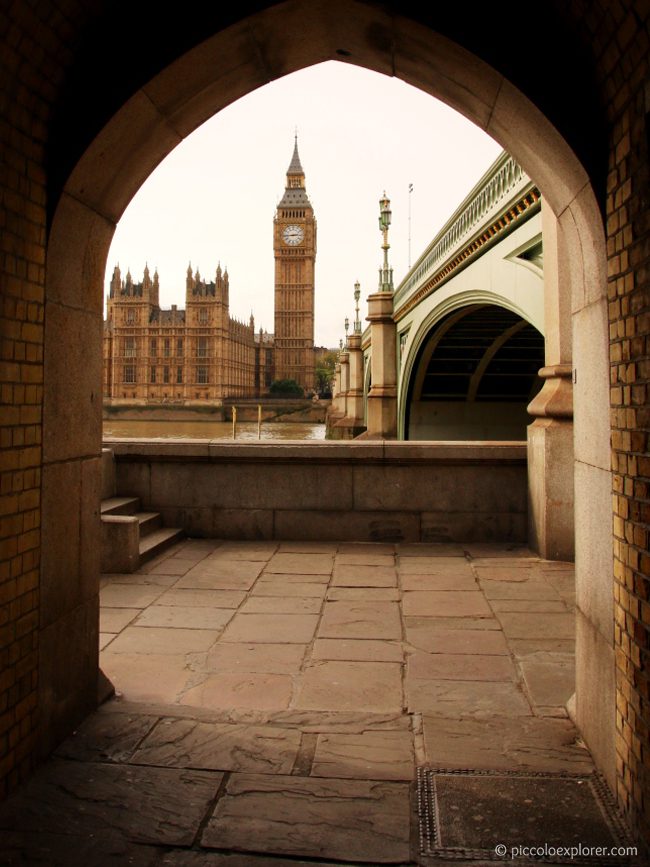 Counting up until the end of September, we’ve been on 47 days out and 7 overseas trips. The days out in September included a day trip to Camber Sands, a fun birthday at Legoland Windsor and a visit to the PYO farm at Garsons, Surrey.

Coming Up in October

In October the trees have been changing into vibrant colors of autumn – and aside from about a week or so when Little T was feeling poorly, we were out exploring the countryside and London’s parks and gardens trying to make the most of it. We also stopped by Garsons Farm to pick a few pumpkins which we’ve been carving (me) or painting (Little T) ahead of Halloween.