The first couple of weeks in November were spent in San Diego catching up with my side of the family, and once we were back in London, the Christmas lights and decorations were just starting to come up around the city. The festive season is my favorite time of year to be in London, and it really looked amazing this year, from the stunning “Spirit of Christmas” angels floating over Regent Street to the brilliant display windows to the lovely outdoor skating rinks and more.

Here’s what we were up to around London in November. For more updates, you can find us over on Instagram at @piccoloexplorer.

We kicked off the festive season with a visit to Harrods Grotto! This has become an annual tradition and our favourite place to get a Christmas family photo. Little T enjoyed seeing Santa, who was extremely nice and friendly and took the time to chat a while. 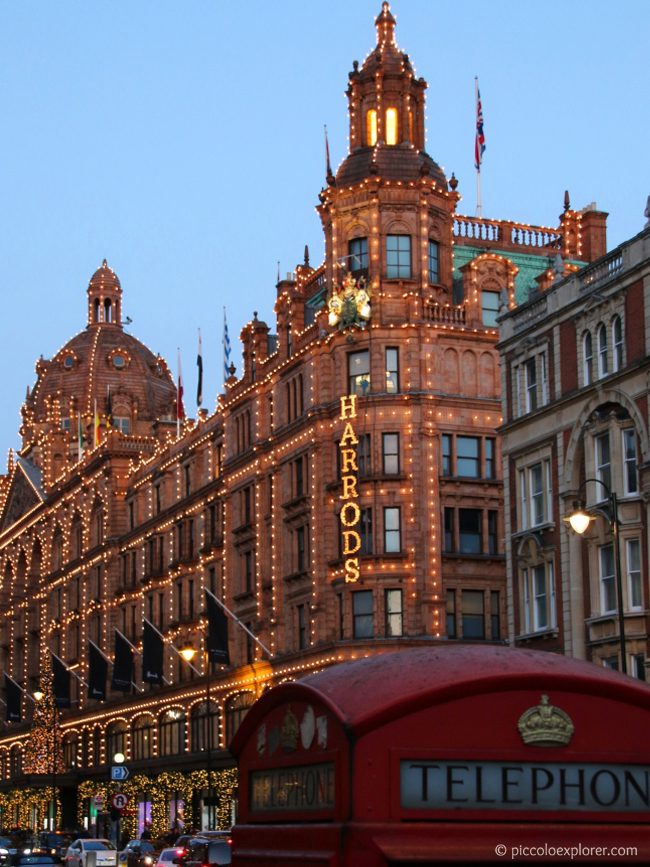 Harrods Grotto had a winter wonderland theme, with some fun games to keep little ones occupied while waiting for their turn to meet Santa – and plenty of great photo opportunities around the space! 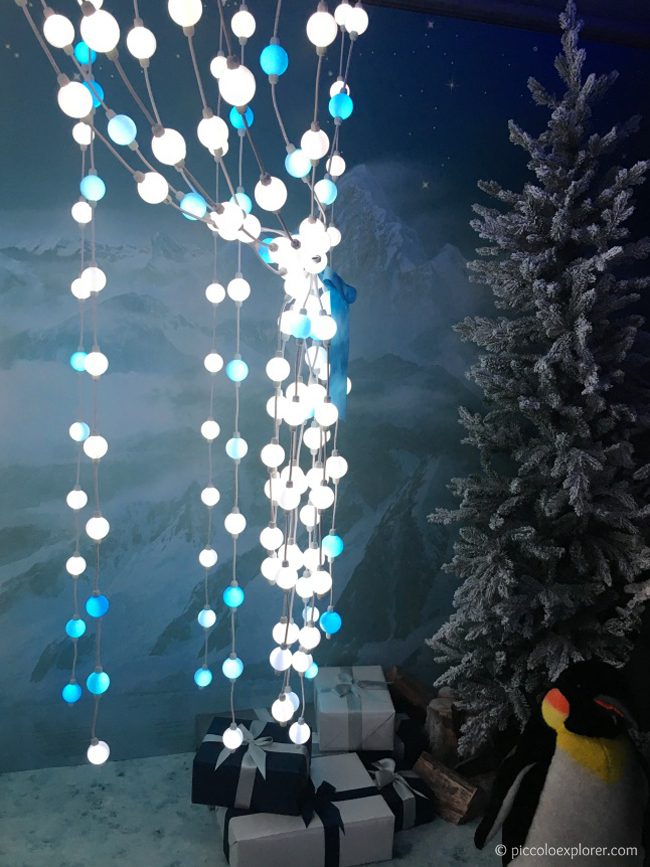 We always make a stop at the Toy Kingdom while we’re at Harrods. On the way out, we came across this lovely reindeer singing a Christmas song! 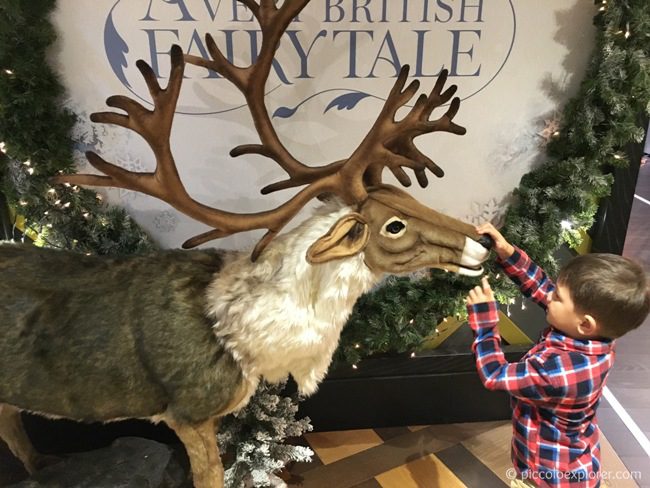 One day we visited the London Transport Museum in Covent Garden. The museum features exhibitions on 200+ years of history and examples of buses, trains, taxis and tube carriages, from the 19th century to present day. There’s a great kids play zone over two stories – Little T enjoyed repairing a tube train and sitting in the driver’s seat of a bus, which is always a hit! 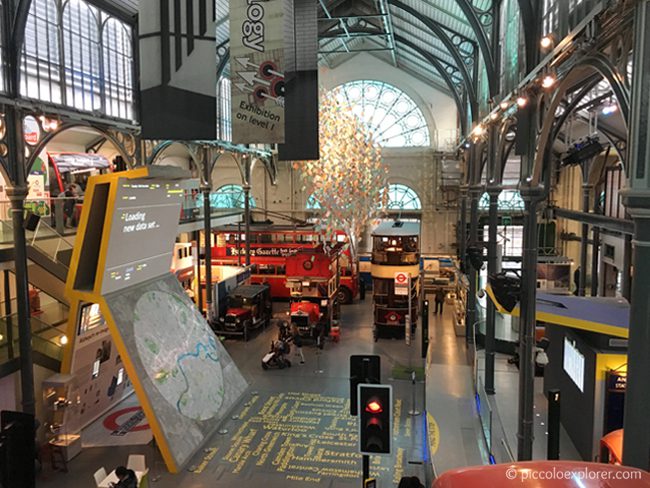 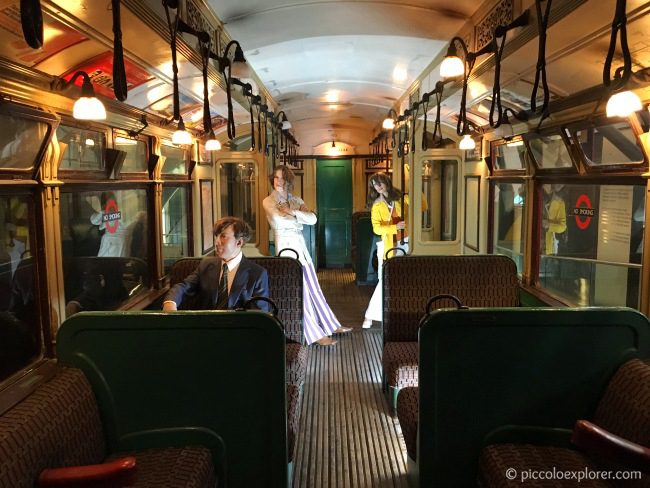 We also had lunch at Shake Shack and on the way out, admired Covent Garden’s stunning ‘Meet me under the Mistletoe’ decorations, which include 40 chandeliers with nearly 700 glistening berries! 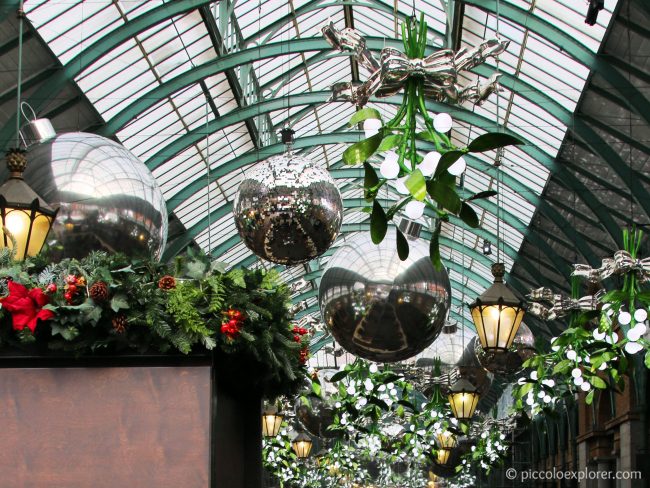 I also booked to bring Little T to see Hogwarts in the Snow at the Warner Bros. Studio Tour, which is running until 29th January. This was our third time visiting the studio tour and I absolutely love seeing it decorated for Christmas, especially the Great Hall. The details of the decor and table setting are amazing! The Christmas puddings on the table are briefly lit up with flames during the presentation. 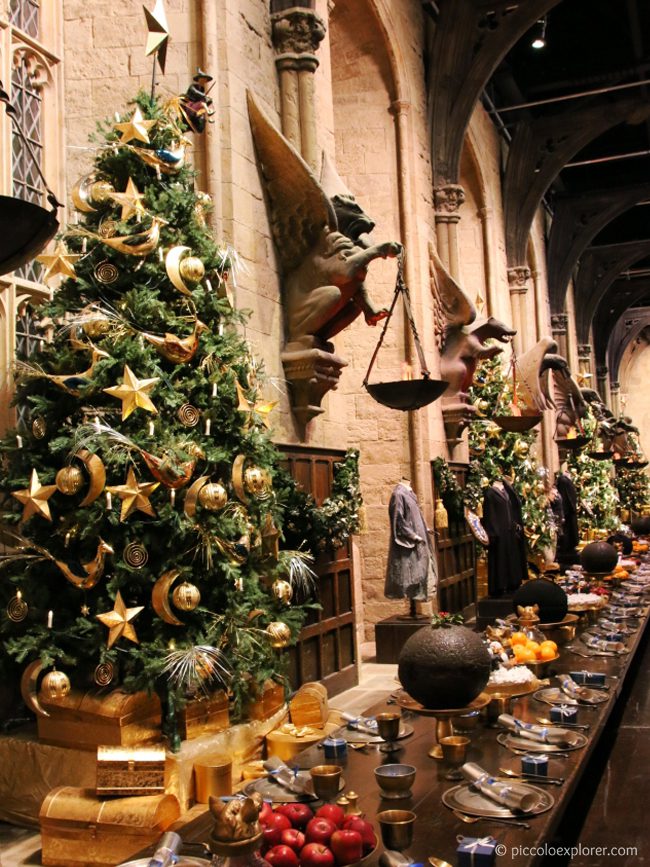 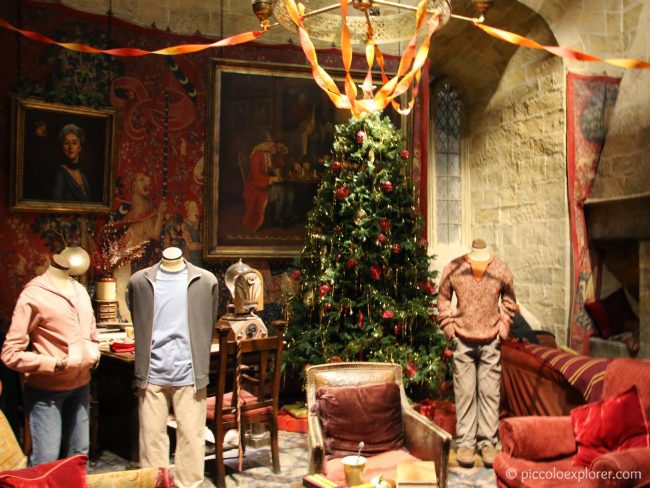 The Hogwarts castle model is sprinkled with snow for this event, as it was for the films! More on this experience in a separate post. 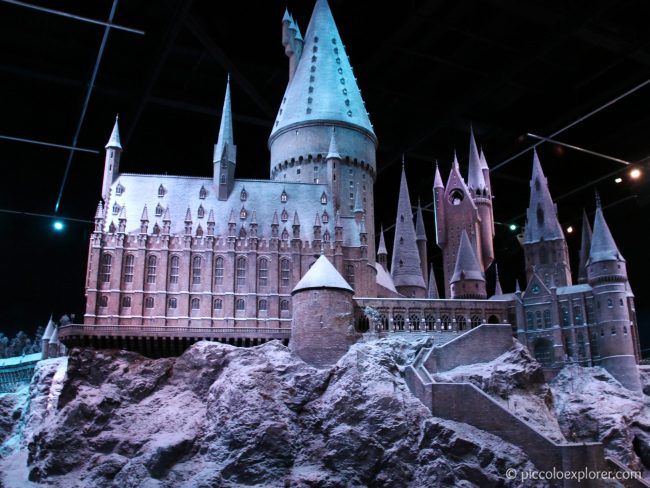 We had a lovely evening bringing Little T ice skating for the first time! We went to the Natural History Museum Ice Rink which is a beautiful venue. The penguin aids, which can’t be booked in advance, were all taken by the time I got to the cloakroom desk so I would recommend heading straight to sort out the penguin aid first! Little T did really great using the bob skates, but I think he’d love to try skating with a penguin. 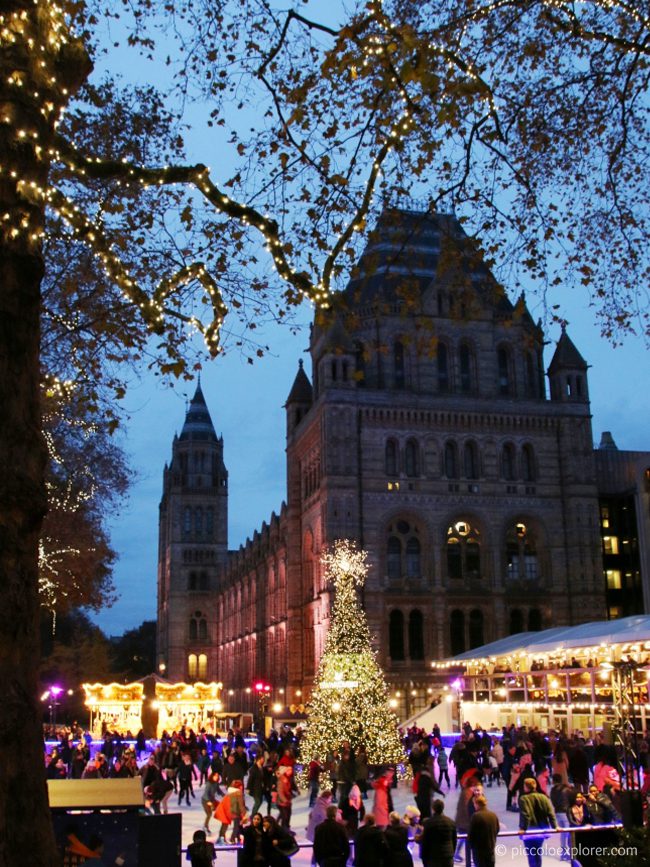 I have so many photos to share of the Christmas lights around London! The “Spirit of Christmas” angels at Regent Street were among my favorites. 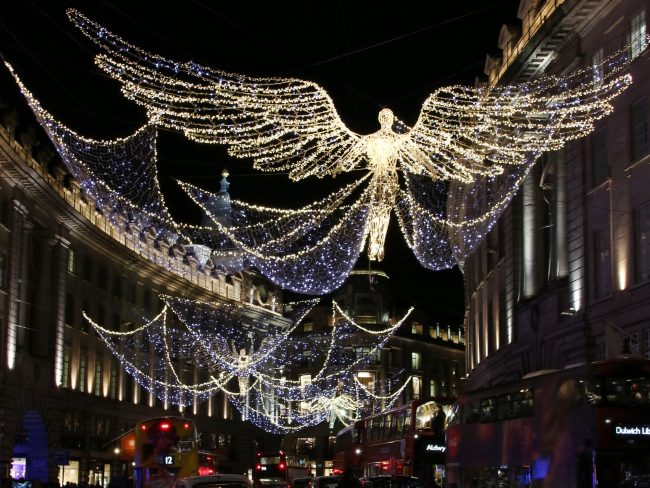 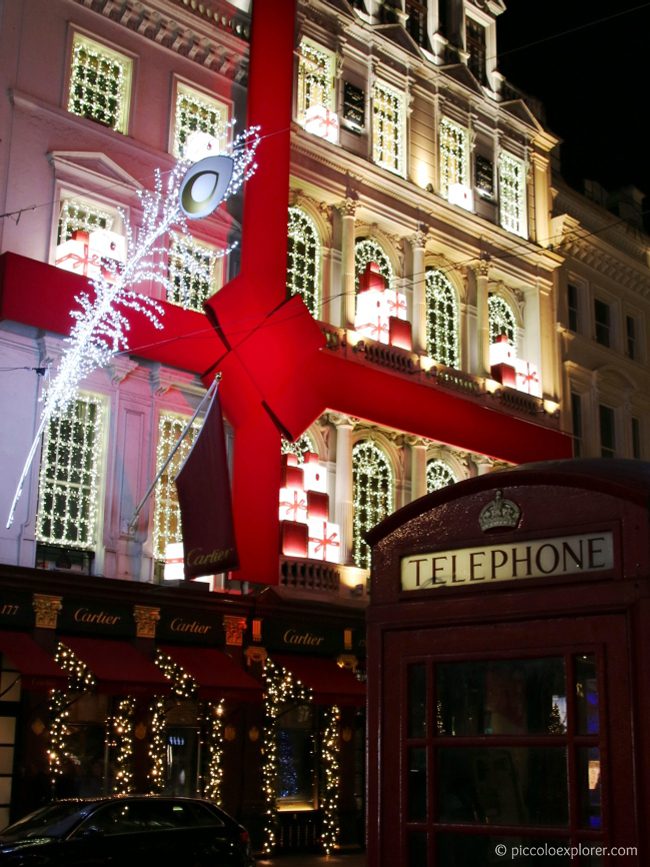 One day after a visit to the Italian consulate, which is near St. Paul’s Cathedral, Little T and I made the most of the gorgeous sunshine with a walk from the City to South Bank, where we had lunch at the Christmas market, then across to Westminster for a stop at the playground at St James’s Park. 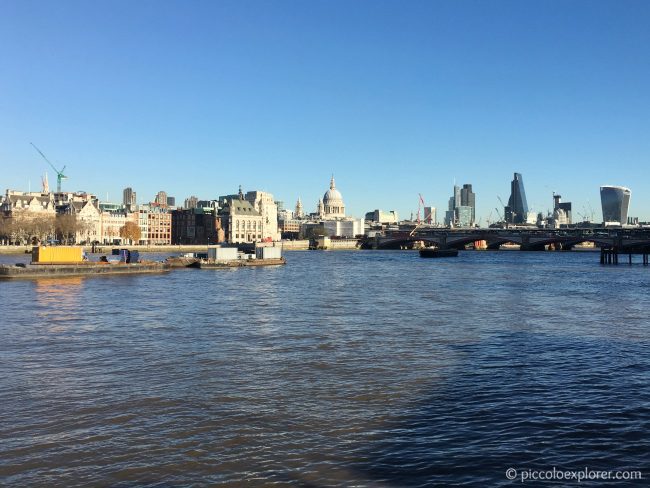 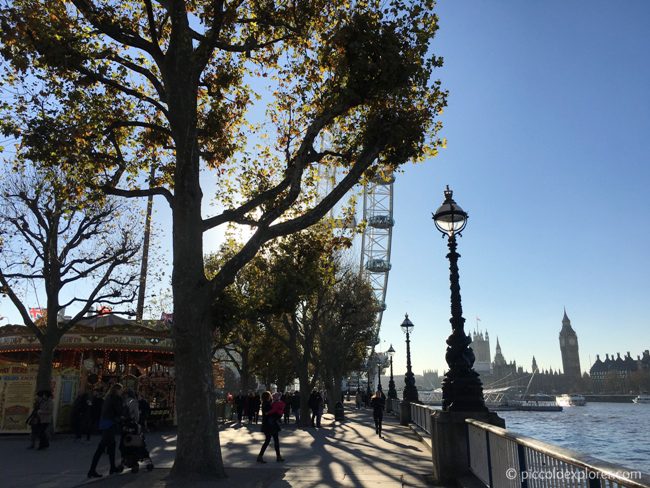 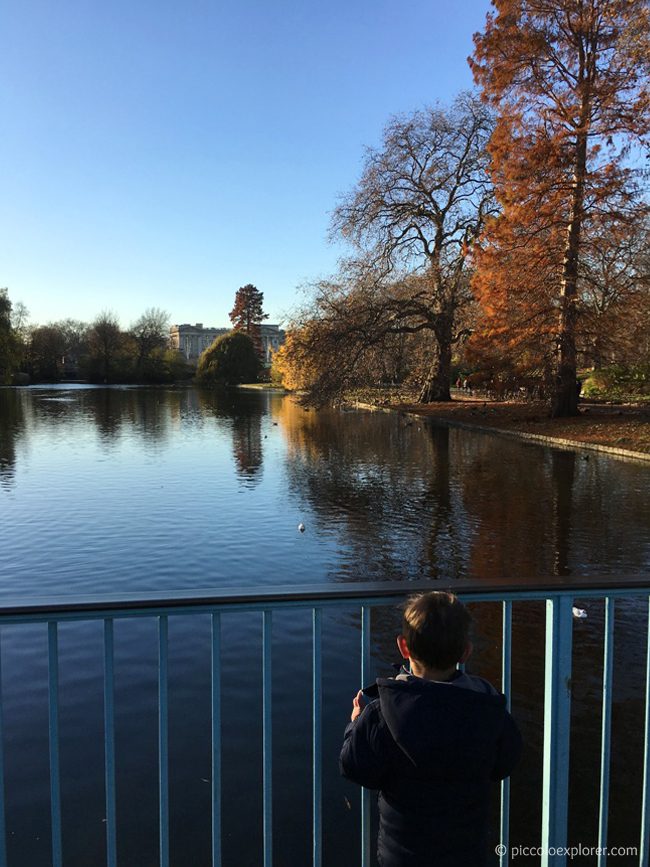 Counting up until the end of November, we’ve been on 50 days out and 8 overseas trips including our most recent trip to San Diego, CA. The days out in November included seeing Hogwarts in the Snow at the WB Studio Tour and visiting the London Transport Museum.

Coming Up in December

We’re on our way to Fano for Christmas with my in-laws! The first part of the month, we enjoyed the festive season and run up to Christmas in London and I’ll be sharing photos in a recap in the New Year, along with a look back at our adventures and travels over 2016 – it was a busy year!