We’ve just returned from a week in Fano, Italy, where we were visiting my in-laws. We spent plenty of time at the seaside taking in the fresh sea air, but one of my favorite morning walks was around the city centre. At one point, we were in the main square, Piazza XX Settembre, and Little T dashed off in the direction of Corte Malatestiana, the courtyard of the Malatesta Palace (Palazzo di Malatesta).

The palace was the family residence of the Malatesta family that was in power from the end of the 12th century to about the mid-1400s, and today houses the Civic Museum and Art Gallery. We spent some time wandering around Corte Malatestiana, having a look at numerous ancient artefacts. Little T was especially in awe of the massive pot, bell and anchors. 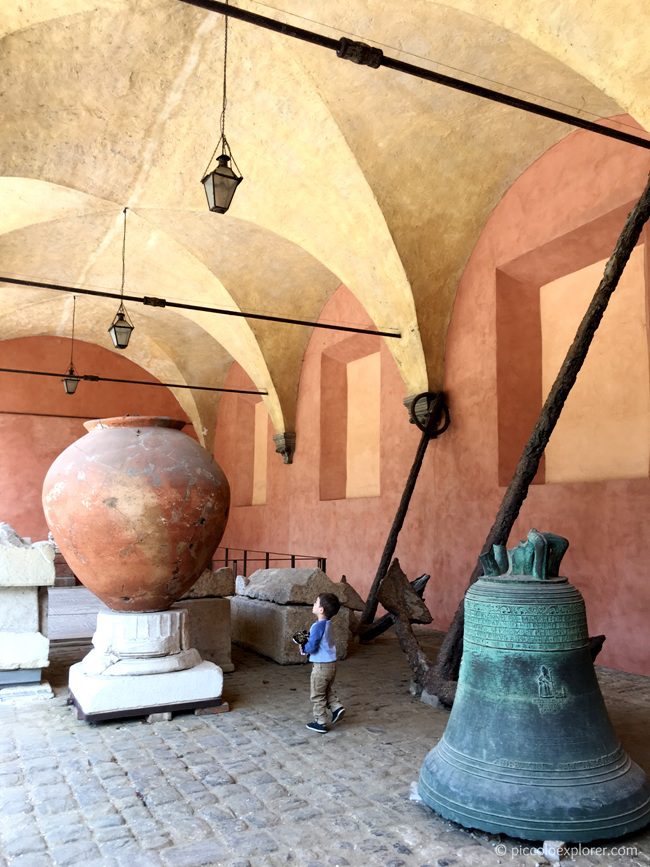 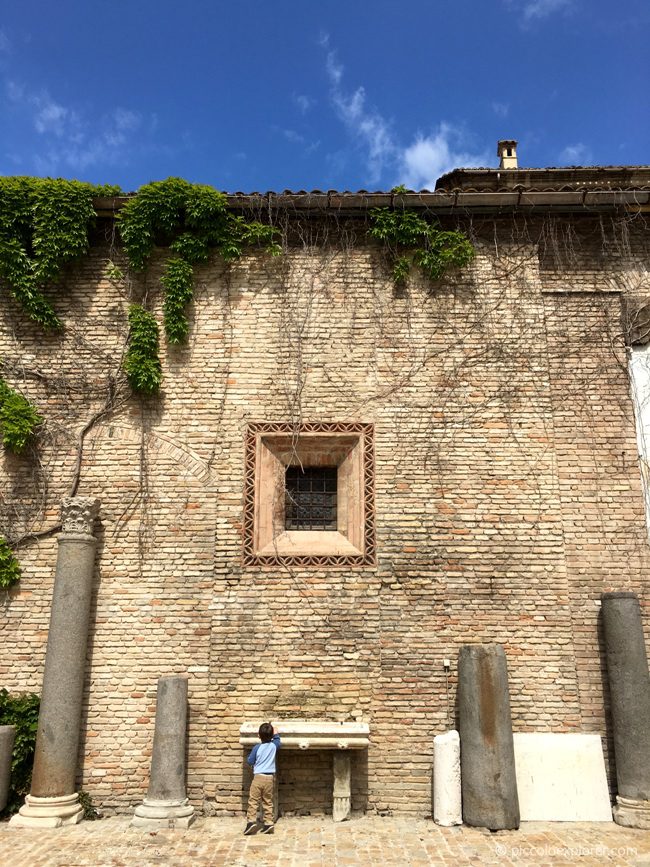