We’re well into spring, although it might not have felt like it recently with the chilly temperatures and hailstorms. We have spent the past couple of days at home as Little T recovers from a bad cold and I’m hoping he’ll be feeling much better in time for our flight to Italy over the weekend. The rest of the month, however, we managed some fun days out around London, when there were also some gloriously sunny days thrown in the mix.

This month we’ve been outdoors as much as possible, taking in the beautiful spring blossoms around some of London’s parks and gardens and visiting local zoos and a farm outside of London. For more updates of what we’re up to, you can find us over on Instagram at @piccoloexplorer and now on Snapshot at piccoloexplorer.

I’ve been to Battersea Park a few times but this was the first visit to the Children’s Zoo which turned out to be a fun place to bring Little T. There are many animals and birds to see including lemurs and otters, donkeys and ponies, monkeys and emus. 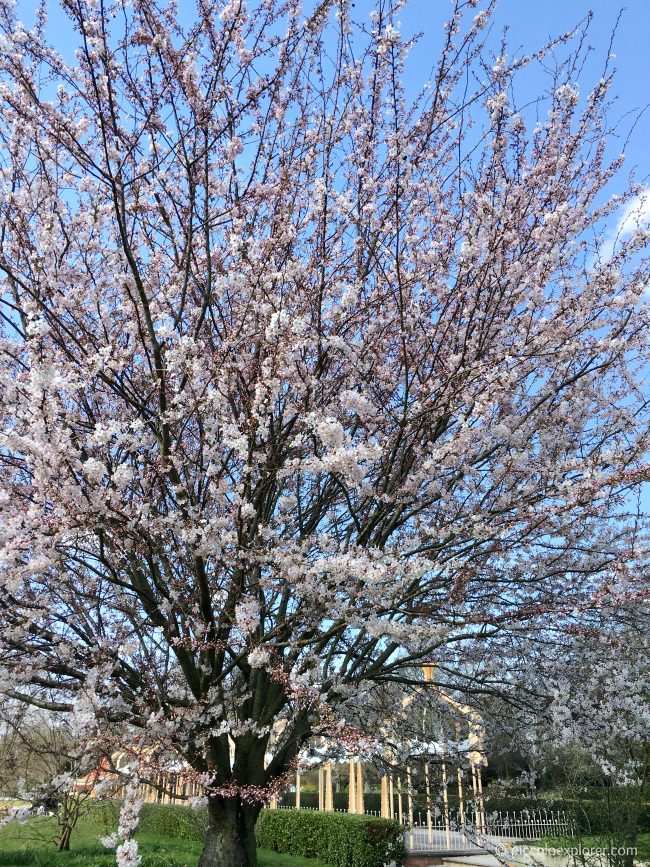 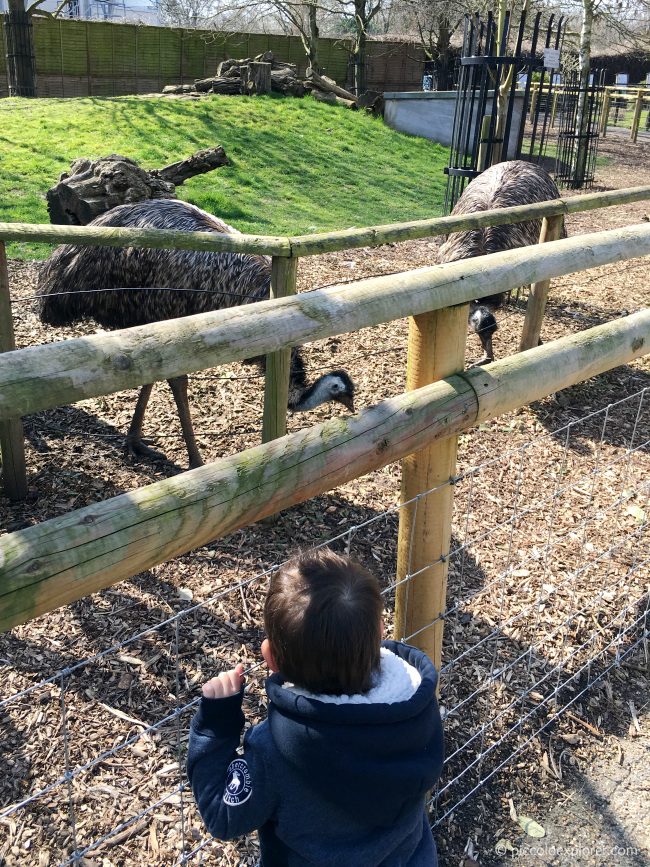 And there are some games around the zoo such as these remote control pirate ships – but they cost an extra £1 or so to play, so do bring some extra pound coins. We didn’t have any on us but Little T was content just working the controls for a little while before moving on to the large adventure play area. In addition to a big sand pit, there are ride-on tractors to scoot around on and a large tractor and a fire engine that the kids loved. 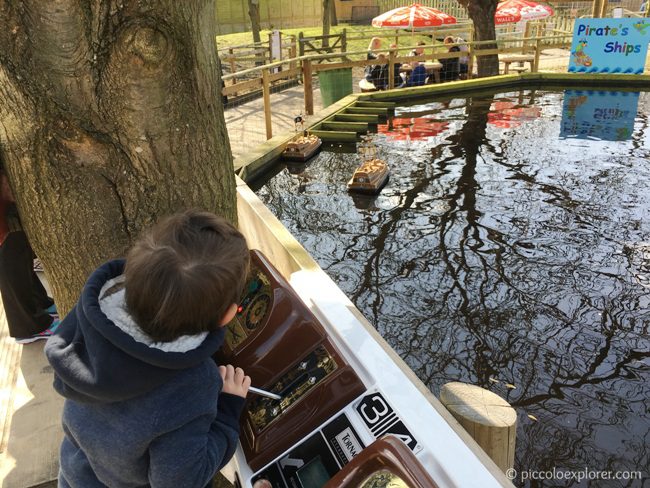 Osterley House is the closest National Trust countryside estate to us, and as it’s only a 15 minute drive away, I’ve been bringing Little T there pretty often for some fresh air and a stroll around the gardens. 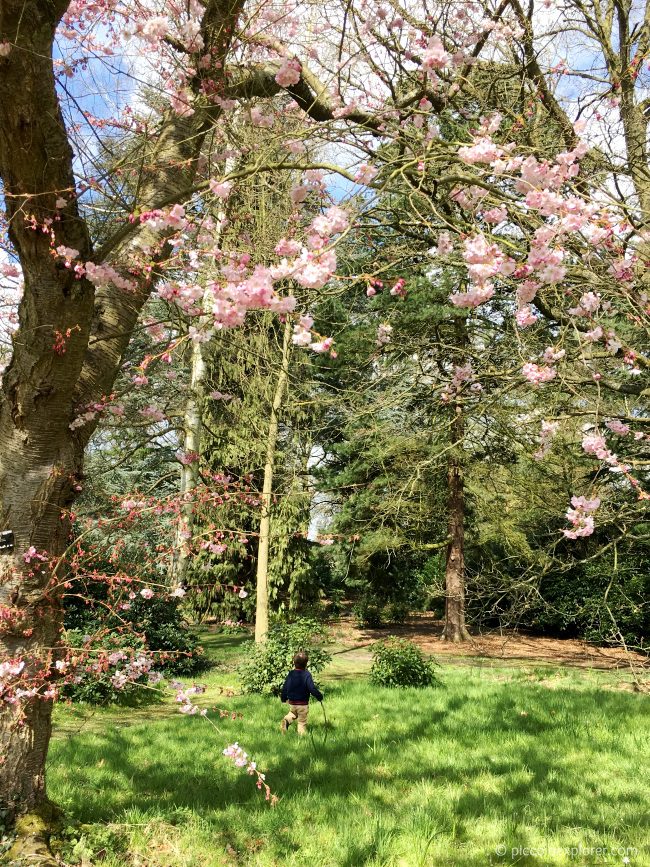 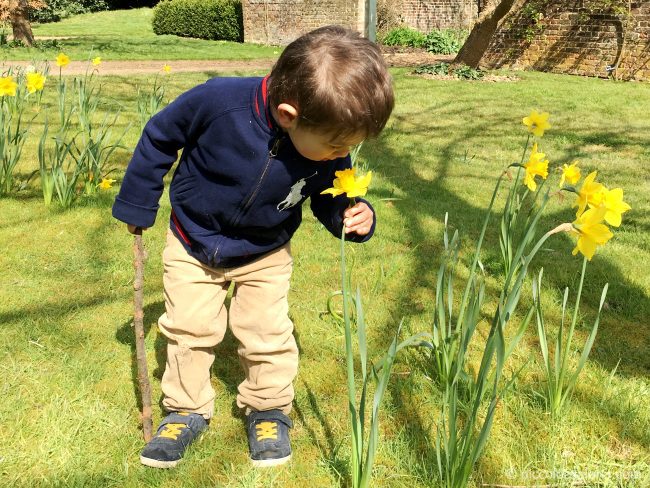 I have a ZSL membership so the London Zoo is somewhere we go to at least once a month, and this time around we had a look at the new Land of Lions exhibit. There are many fun details to the exhibit inspired by India’s Gir Forest National Park, the Asiatic lion’s last remaining stronghold, including a vibrant village with beautifully painted tuk tuks and a street food stand. 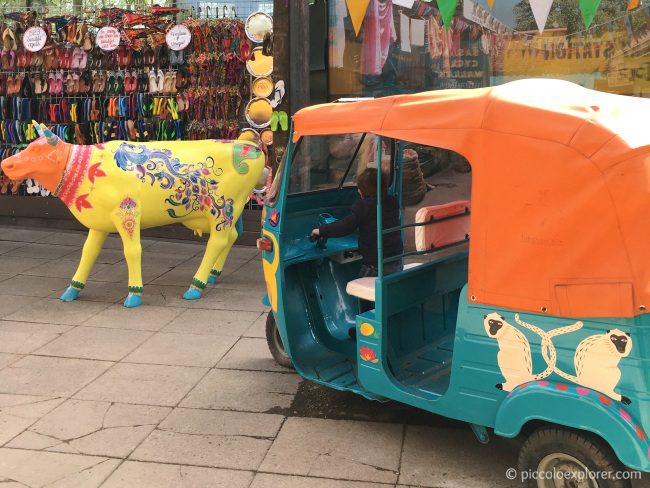 The exhibit is 2,500sqm with three walkways to wander along and explore as you look out for the lions. 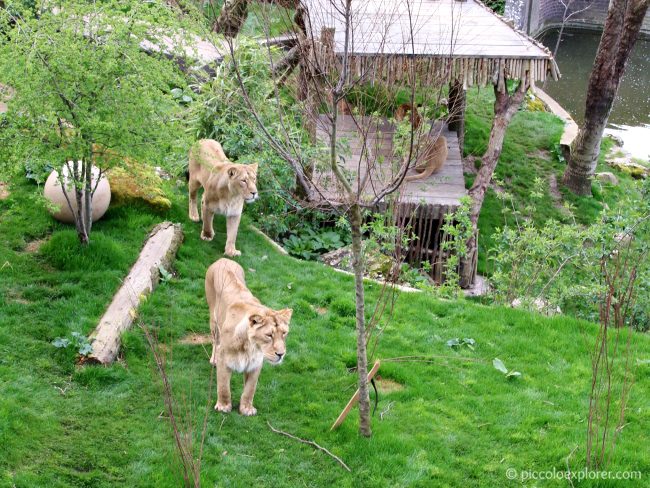 Our next stop is one of Little T’s favorite places, the petting zoo. We spent a while there as he pet the goats and picked up little bits of hay to feed them. 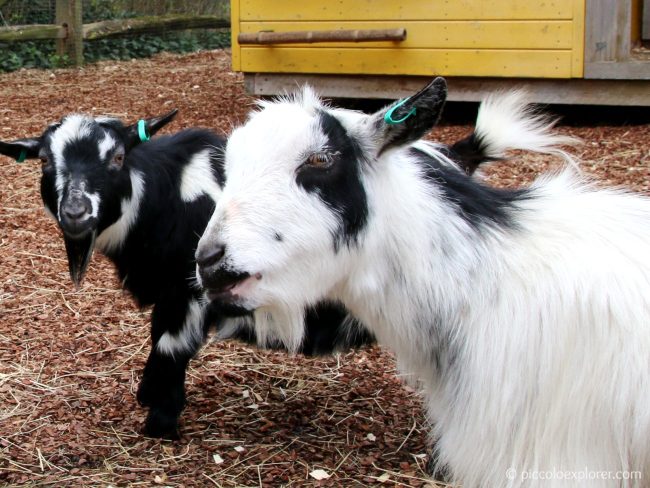 On the way out, we always stop by the Penguin exhibit, Little T’s other favorite place, watching the penguins dive into the water and zip quickly past. 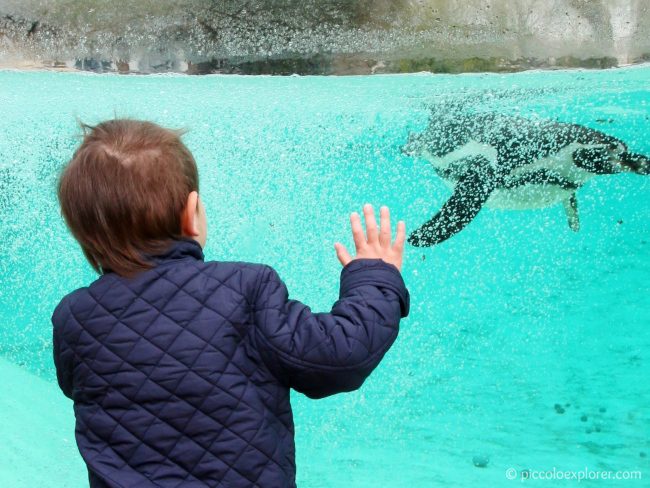 One weekend we had Sunday lunch in Kensington (at our old favorite, Maggie Jones’s) and walked off the meal at the beautiful Kensington Gardens. 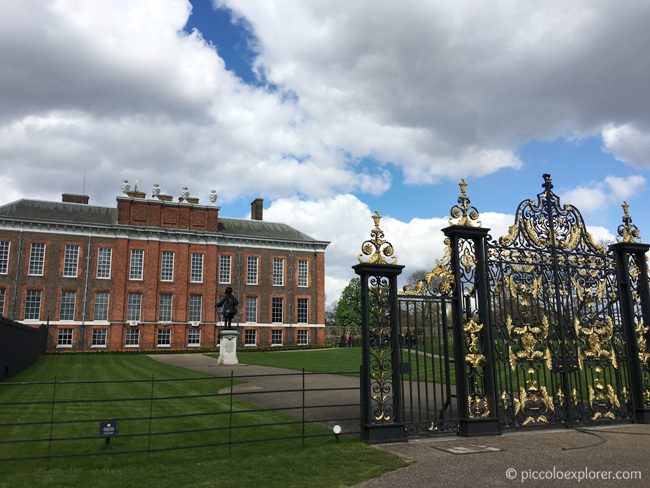 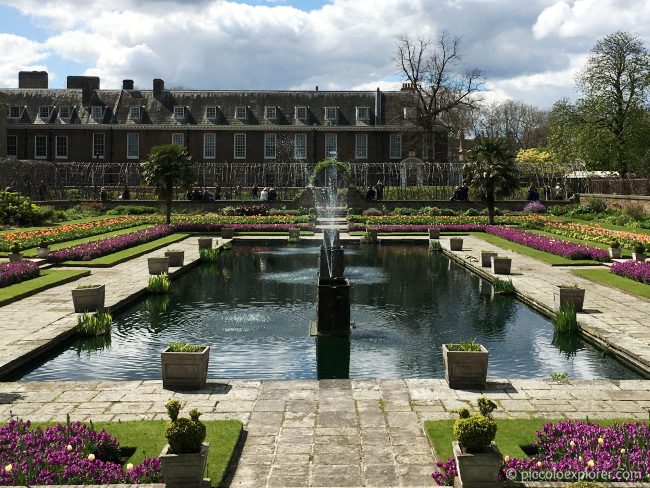 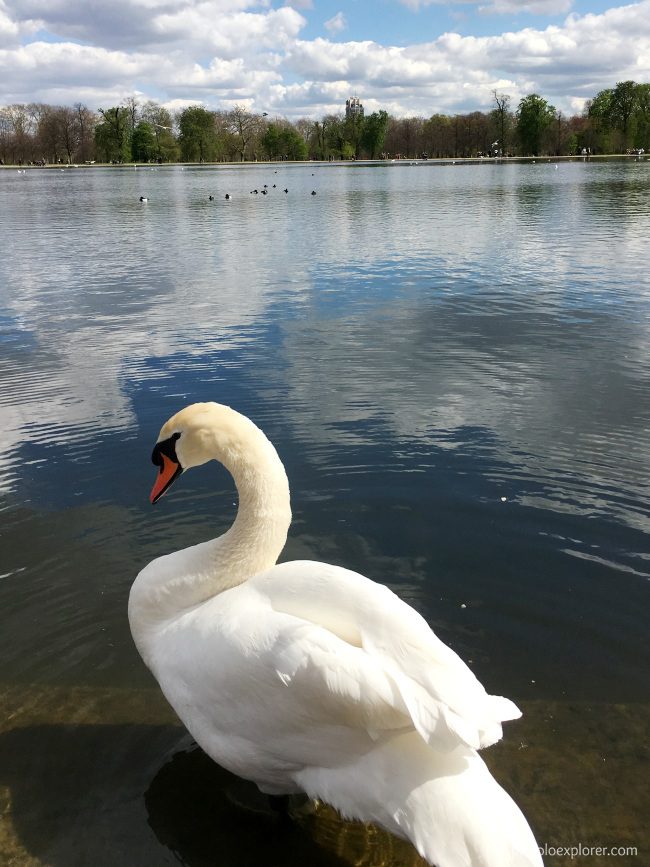 I wrote a post about most recent visit to Kew Gardens, which was on a gorgeous warm, sunny day, perfect for exploring the gardens that are bursting with color and spring blossoms. 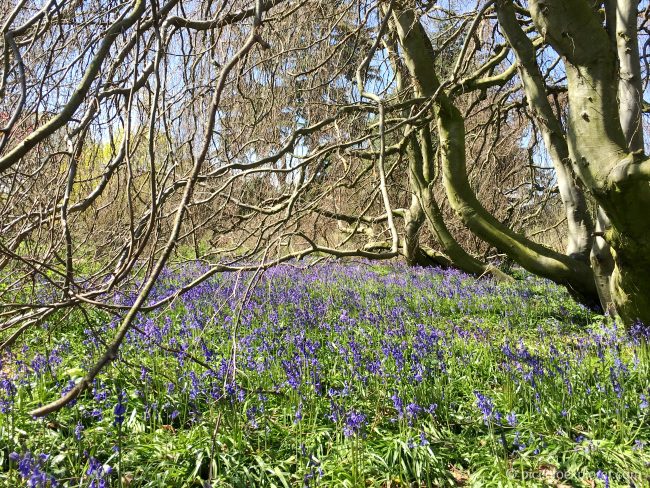 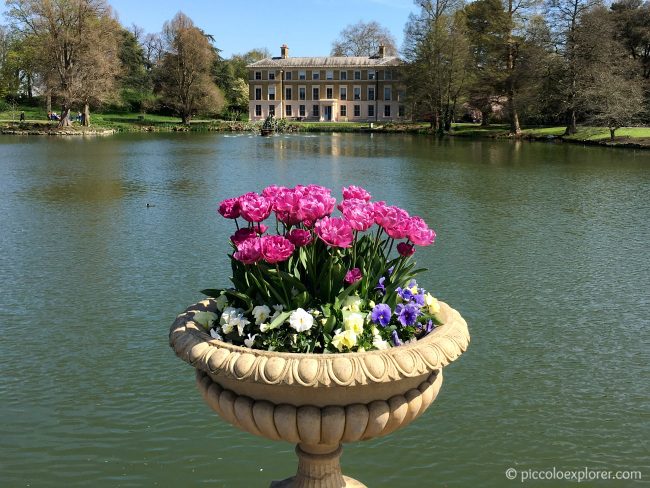 My aim this spring is to bring Little T to a few of the farms located near London, so last week on another warm day, we headed over to Odds Farm Park in High Wycombe, Buckinghamshire, which was about a 30 minute drive from West London. We had a fun day seeing the animals in the barn and fields, including so many adorable baby animals – piglets, kids, lambs. We also spent a lot of time playing outdoors by the fields, at the adventure playground and then kicking a ball around on the big football field. More photos and review to come up in a separate post. 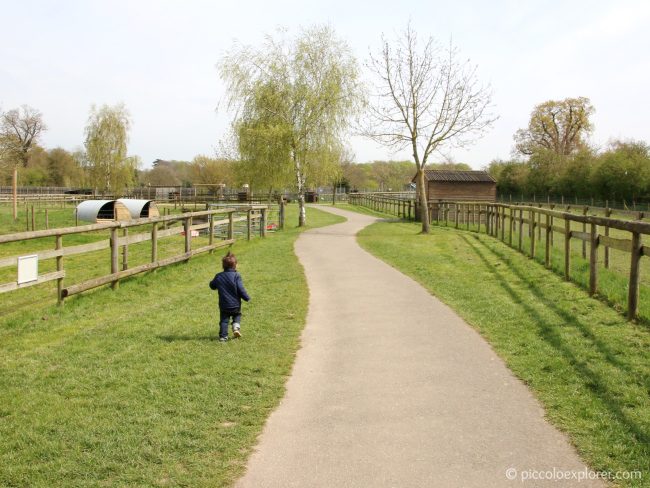 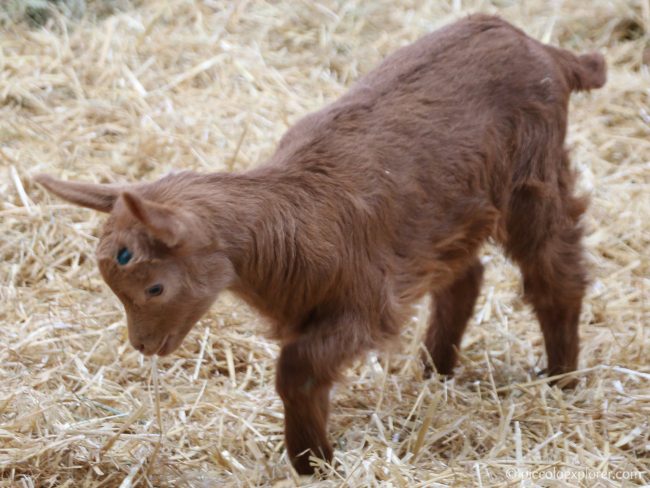 I mentioned in our 2015 adventures and travels recap that I’m taking part in the #Take12Trips challenge to take at least one trip a month – it could be a holiday abroad, a weekend break, a day out or a visit to a museum or other local attraction. I’ll be including an update on how that’s going in each of these monthly round-ups. So far, we’ve been on 15 days out and 2 overseas trips (Prague and Fano) in the past four months. Several days out were to local favorites such as Osterley House, Kew Gardens and WWT Wetland Centre, and a few were to new-to-us places, like Claremont Landscape Garden, Cliveden, and Odds Farm Park.

Coming Up in May

Little T and I will be leaving soon to visit my in-laws in Fano and I have my fingers crossed for some sunny weather, especially for Little T who is looking forward to being at the beach. 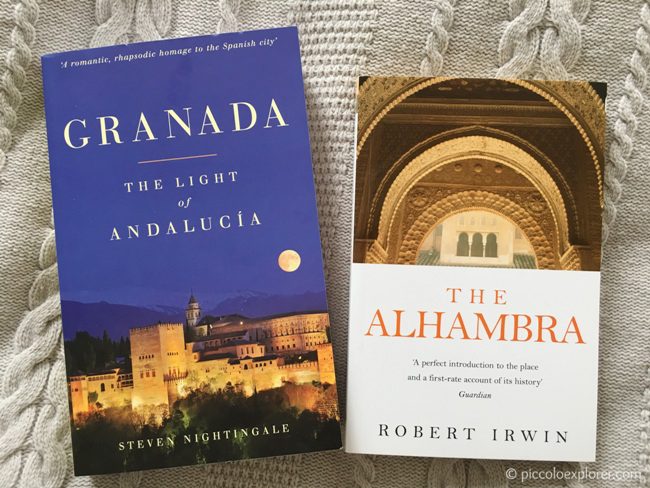 Then at the end of the month, we’ll be traveling to Granada for our next city break. I’m very excited to be touring the Alhambra and exploring El Albayzín. I’ve been reading up on the history of the city lately, starting with Granada: The Light of Andalucía by Steven Nightingale which is a lovely, very informative read so far.

In between these two trips, I’m looking forward to bringing Little T on more days out in and around London, including to least two local museums (i.e. British Museum, Natural History Museum) and into the countryside to visit other farms and National Trust sites.